A pioneering conservation project in the British Bases is completed 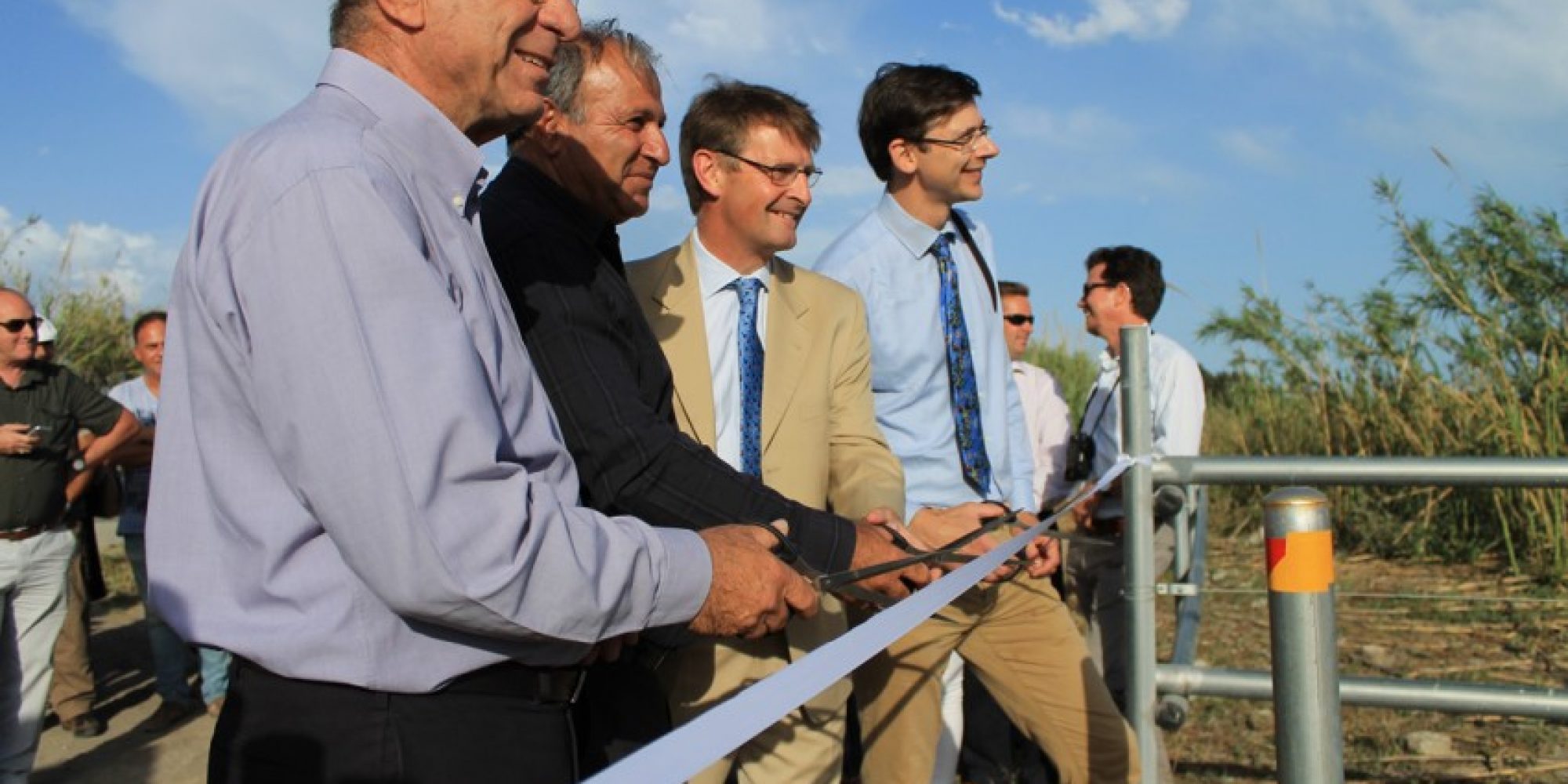 The completion of a two-year project to restore Akrotiri Marsh was marked by a celebratory inauguration event at the Akrotiri Marsh hide. The event took place with great success yesterday (18 May), highlighting the project’s achievements. Locals from Akrotiri Community, birdwatchers, photographers and nature lovers celebrated together the completion of the pioneering project.

Akrotiri Marsh is part of the Akrotiri wetland complex, the largest natural wetland system on the island. The Marsh has been unmanaged for the last 20 years, resulting in the overexpansion of reeds and the consequent loss of bird and plant diversity. The project “Akrotiri Marsh Restoration: a flagship wetland in the Bases” funded by the Darwin Initiative, started in April 2015 with the aim of restoring the biodiversity at this unique site. To achieve this, the project team, BirdLife Cyprus, Akrotiri Environmental Education Centre and the RSPB (BirdLife in the UK), implemented on-site conservation actions centring on water management and sustainable cattle grazing, as well as awareness raising actions and created visitor infrastructure to enhance visitor experience.

BirdLife Cyprus’ Director, Martin Hellicar stated: ‘The completion of the project has been a very proud moment for all of us as well as a crucial step towards making this unique area of immense natural value thrive once again. We now have a sound foundation for the long-term preservation of this key area, home to an abundance of plant and animal species and a go-to site for many nature lovers. The collaboration between BirdLife partners and the Bases, together with support from the local community and Republic of Cyprus authorities, has been the key factor in the project’s success.’

The Commander of British Forces Cyprus, Major General James Illingworth OBE stated: ‘This project, alongside others such as the Akrotiri Environmental and Education Centre, highlights the importance we place on protecting and maintaining the outstanding natural environment found in the Bases. I hope that this pristine area will continue to retain this favourable conservation status, and that we are all able to encourage the maintenance of the infrastructure here. This should enable others to enjoy this Darwin project for many years to come.’

The successful completion of this project would not have been possible without the active involvement and support of dedicated people and bodies. The project team would like to thank especially the Darwin Initiative for providing the funds to carry out this project and the Tasso Leventis Conservation Foundation for its financial support to BirdLife Cyprus. Thanks also go to all the collaborators, researchers, contractors, birdwatchers, photographers, graziers and basket makers who provided valuable information and feedback that has been helpful to the restoration and management efforts. We would also like to thank the Akrotiri Community and Council for embracing and supporting this Darwin project throughout its duration.

For more information on the project and the Akrotiri Marsh: www.akrotirimarsh.org

The 2-year project (April 2015 to March 2017) titled ‘Akrotiri Marsh Restoration: a flagship wetland in the Cyprus SBAs’ was funded by the Darwin Initiative through UK Government funding (Darwin Plus, the Overseas Territories Environment and Climate Fund).