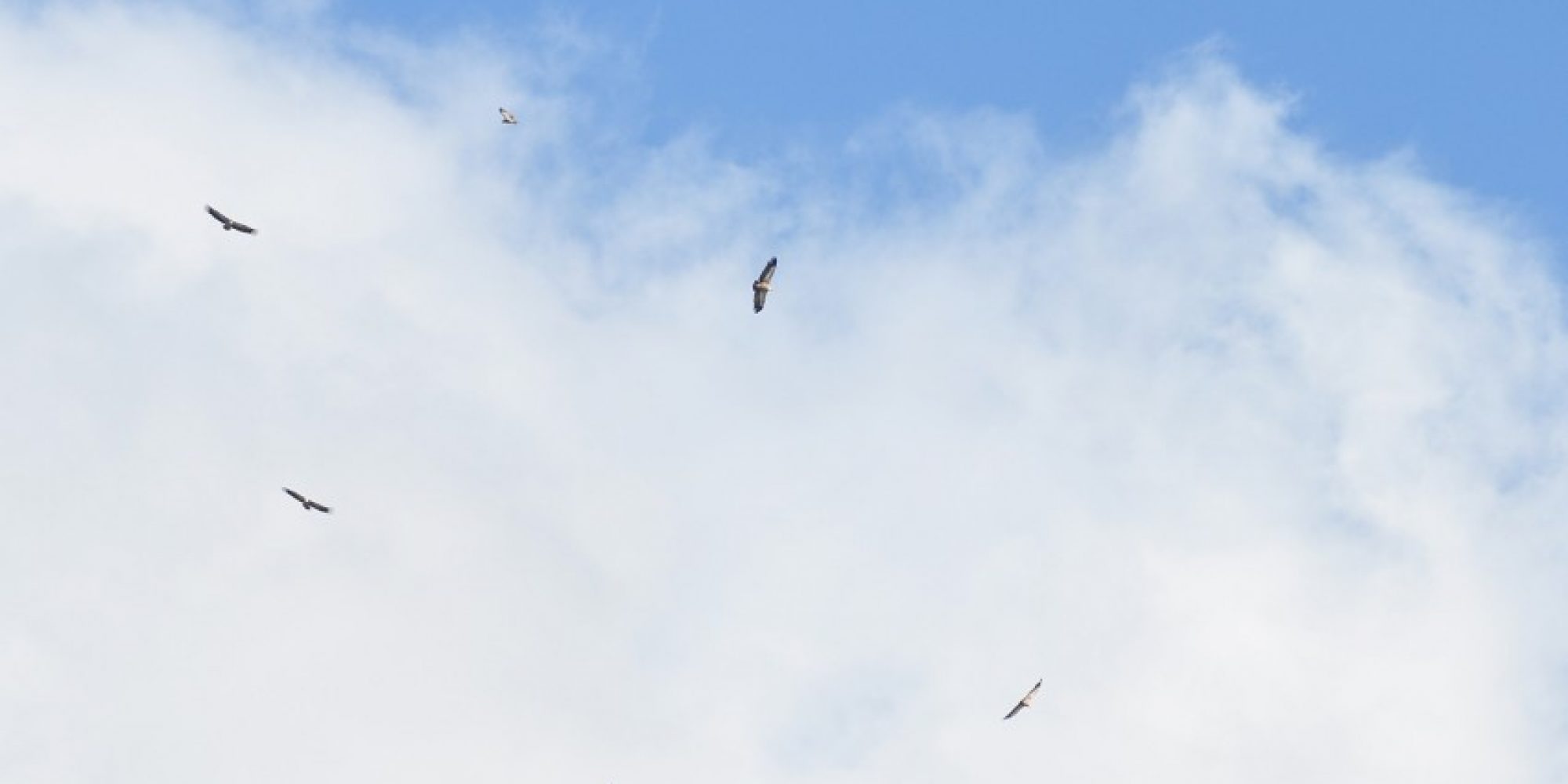 Every year, BirdLife Cyprus coordinates two large-scale Griffon Vulture surveys, one in winter and one in late spring, aiming to check on any nesting activity and estimate the current population size of the species, by carrying out simultaneous counts across the entire feeding range of the vultures and also their known breeding and roosting cliffs. On Friday 24 January, with the support of the Game and Fauna Service, the SBA Environment Department and the Department of Forests, watchers were stationed at 9 key look-out points and camera-traps were set up at one of the vulture supplementary feeding stations, to complete the first Griffon Vulture census of the decade and the first such count since the launch of the LIFE with Vultures project.

The action-packed day started off bright and early with high winds and powerful gusts – perfect flying conditions for the vultures. First thing in the morning, thirteen vultures were seen being active and stretching their wings around Episkopi Cliffs, before gradually breaking up into smaller groups and making their way inland.

One of the highlights of the survey was when a wing-tagged female (brought from Crete and released in Cyprus to reinforce the Cyprus Griffon Vulture population as part of Project GYPAS) was seen copulating with an untagged (Cypriot-born) male at a usual nesting site on Episkopi cliffs. At the same time a second couple of tagged vultures were tending their newly-built nest and later on, the second pair was also observed copulating. Interestingly, one of these birds was observed visiting the nest of the Cypro-Cretan pair while it was unattended and stealing nesting material. Nest-building is clearly serious business, worth the risk of falling out with your neighbours.

Further inland, a group of 9 vultures including Ikaros, a young vulture recently fitted with a GPS transmitter as part of the LIFE with Vultures project, were seen feeding on a carcass of a goat, demonstrating the value of this species as nature’s clean-up crew.

In the early afternoon, the vultures began returning to their roosting cliffs. At this point, Nepheli, a young vulture rescued last year and fitted with a GPS transmitter, who spent the day wandering around the usual vulture haunts, returned to overnight at Episkopi Cliffs.

Nepheli, was rescued, rehabilitated and released, and was seen roaming the Cypriot skies at the latest Griffon Vulture census © Eleni Karatzia / VCF
Overall, the estimated size of the Cyprus Griffon population remains stable at around 20 individuals, with three territorial pairs identified. We will continue to keep an eye on the nests and we are hopeful that with the LIFE with Vultures project kicking into gear, the 2020 winter census marks the start of a bright new future for the Griffon Vultures of Cyprus.

Many thanks go to the Vulture Conservation Foundation and Terra Cypria for their help on the day as well as our team of dedicated volunteers for helping make the annual Griffon Vulture censuses possible!