Flamingo breeding in Cyprus: will our handsome pink visitors ever make it? 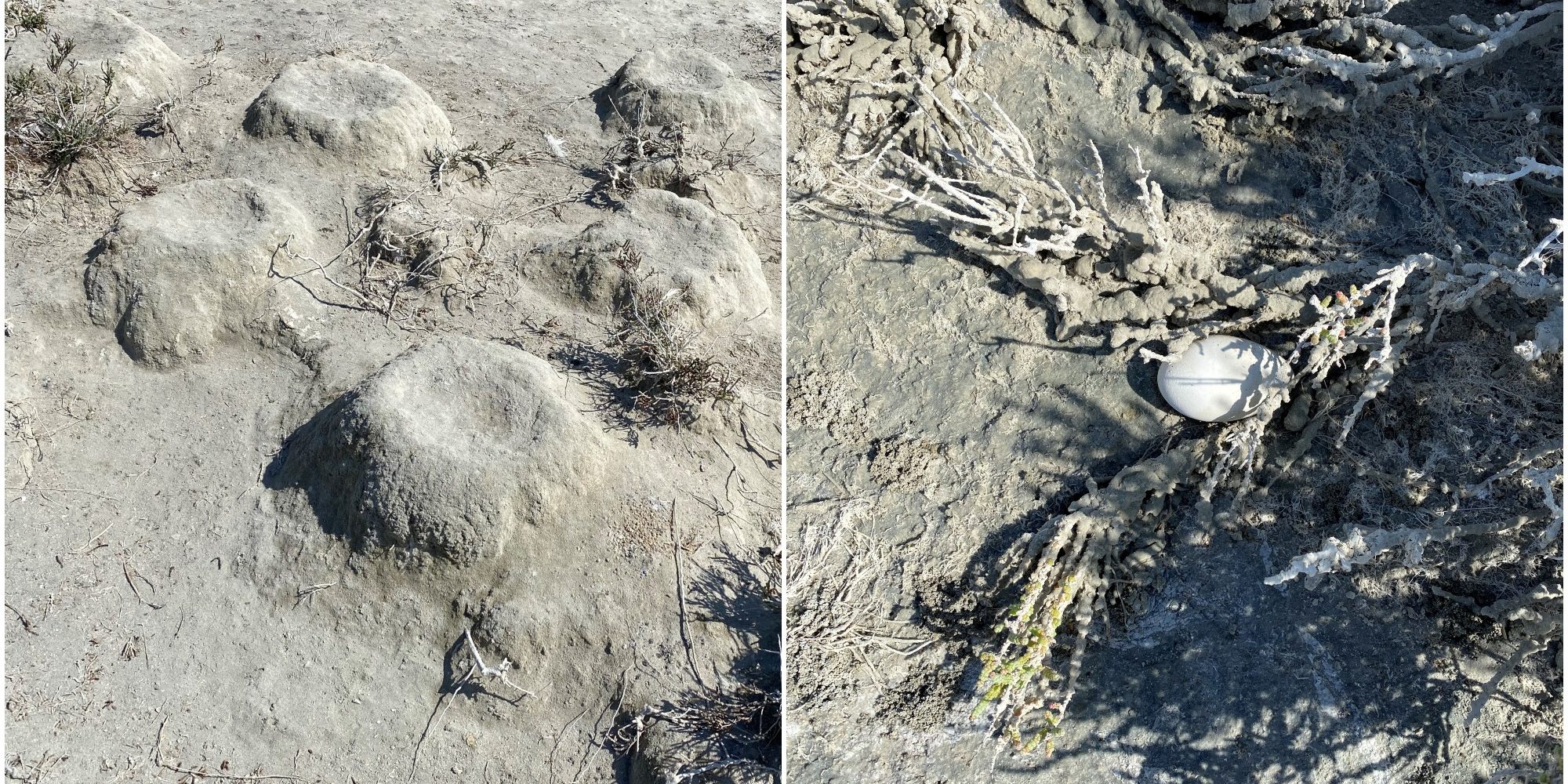 The Greater Flamingo Phoenicopterus roseus is the largest of the world’s six species of flamingo. Greater Flamingos are found in the Mediterranean, West, East, and South Africa and South and Southwest Asia. They are nomadic and disperse widely, traveling long distances in search of good habitat: shallow brackish or salt-water lakes. In Cyprus, the Greater Flamingo is a common winter visitor at Akrotiri and Larnaka Salt Lakes, with birds also recorded on passage. Every year, the numbers of Flamingos in Cyprus and even how long they spend here vary according to fluctuations in rainfall and hence the water levels in the salt lakes. In the winter months, thousands of Flamingos can be found in large flocks in the salt lakes and in years with wet winters, some flamingos spend the summer in Cyprus too.

This year and the last, we had good amounts of rainfall during the winter and spring, resulting in high water levels in Akrotiri and Larnaka Salt Lakes throughout the summer months, so large numbers of Flamingos decided to spend the last two summers in Cyprus. What’s more, the conditions at Akrotiri Salt Lake during the summers of 2019 and 2020 were such that some of the Flamingos even attempted to breed there.

Usually, the majority of the Flamingos that stay in Cyprus over the summer months are immature birds, so breeding attempts are unusual here. The first time that there was a suspicion that Greater Flamingo was breeding in Cyprus was in 2001, another year of heavy rainfall. Two years after that, in summer 2003, a few deserted Flamingo nesting mounds were discovered at Akrotiri Salt Lake. In 2005, there was another breeding attempt at Akrotiri, this time with evidence that some Flamingos had managed to lay eggs. Unfortunately, the 2005 colony was also abandoned, as the water levels rapidly declined. Following a few years of low to average rainfall, the water levels at Akrotiri Salt Lake seemed appropriate for another nesting attempt in 2012, which unfortunately started late in the season and didn’t get very far. That brings us to 2019, when good water levels allowed Flamingos to spend the whole year at Akrotiri Salt Lake in large numbers, and they once again attempted to nest. During our wetland surveys, which are carried out in collaboration with the Game and Fauna Service, nesting mounds were found at no less than three different locations, along with remains of eggs, but unfortunately no hatchlings were seen.

During summer 2020, around 200 nesting mounds were recorded at Akrotiri Salt Lake, more than in earlier breeding attempts. Unfortunately, however, this promising colony was once again abandoned.

It is clear that Akrotiri Salt Lake could have the potential to host the first Greater Flamingo breeding colony in Cyprus, given the right conditions. In Greece, 2020 marked the first successful breeding of the species at the wetland of Agios Mamas in Chalkidiki, following a number of nesting attempts at other sites in previous years. So it is not beyond the realms of possibility that future Flamingo nesting attempts at Akrotiri Salt Lake could lead to success. Yet another reason to effectively protect and properly manage this rich and delicate ecosystem.