Cyprus is the third largest island in the Mediterranean covering an area of 9250 km2 and lies on one of the major bird migration routes across the Mediterranean. With Africa to the south, Turkey and central Europe to the north and Syria and the Middle East to the east, Cyprus is a major staging post used twice a year as birds move between Africa, Europe and Eurasia, with over 200 species occuring as regular passage migrants in varying numbers. The number of birds stopping over during the spring and autumn migration is impressive as literally millions pass through the island.

In addition to the three species, there are three endemic subspecies mostly confined to the forests of the Troodos range: the Cyprus Jay Garrulus glandarius glaszneri, the Cyprus Coal Tit Parus ater cypriotes and the Short-toed Treecreeper Certhia brachydactyla dorotheae.

You can learn more about them at the link below. 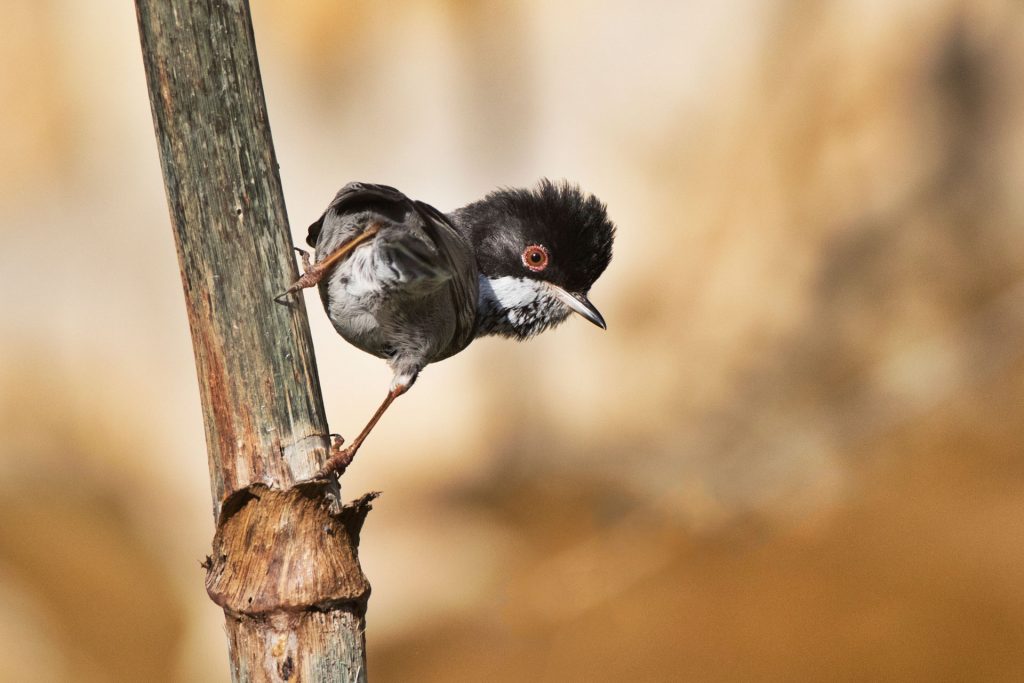 Spring migration in Cyprus starts early in February with the arrival of the first Hirundines and Wheatears, such as the Isabelline and Northern Wheatear, and with Great Spotted Cuckoo arriving towards the end of the month. Early March sees the first Hoopoe, and by the end of this month the spring migration is under full swing with the arrival of Pallid Harriers, Wryneck, Larks, Pipits, Wagtails, Black-eared Wheatear, Sylvia Warblers (including Ruppell’s and Subalpine), Cretzshmar’s and Ortolan Buntings. This migration continues into early April with the additional arrival of various Egrets, Herons, Waders, Rollers, Bee-eaters, Olivaceous Warbler, Shrikes, Golden Orioles, and Black-headed Bunting. Towards the end of April passerine migration drops off, but wader migration continues, with the possibility of the odd rarity arriving continuing into May.

Autumn migration starts in early August with the arrival of the Shrikes.

Passerines are less obvious in the autumn than they are in spring. At the very end of August/ early September, Demoiselle Cranes stop off at Akrotiri Salt Lake and are occasionally seen flying over other parts of the Island.

The winter months can also be very productive, but can have quite a northern Europe feel to them, whilst still retaining an eastern species theme. Duck numbers increase and there is a small wintering flock of White-fronted Geese. Species such as Black Redstart, Robin and Song Thrush are quite common, with Bluethroats and Reed Bunting found in marshy areas, with Dunnock, Redwing, Fieldfare, Mistle Thrush, Goldcrest, Brambling, Siskin present, but less common. Stonechats are very common and can include Eastern races such as ‘Armenian’. Finsch’s Wheatear is a Cyprus wintering specialty in suitable habitat and Wallcreeper can be found on cliffs or gorges, but both species require time and effort to locate. During winter one can find the odd rarity, with Rock Sparrow and Rock Buntings occasionally found amongst other Eastern European species.

During winter, the sea around Cyprus can produce occasional sightings of Scopoli’s and Yelkouan Shearwater off headlands, but is otherwise relatively quiet. It requires effort to find any winter water species on the sea other than the resident and wintering Gulls, which can include the odd Greater Black-headed Gull and Shags or Cormorants.

You can use this handy guide that includes a number of sites that you can visit for birdwatching. The guide explains how to get to the site and gives an overview of the species you may see once you get there. You can also check out BirdLife Cyprus’ birdwatching leaflet which presents the most common birdwatching locations and the seasons that are more suitable to find birds there. To check what’s been seen and where, please visit the recent sightings section.

Please be aware when birdwatching in areas near army camps or airports, such as Akrotiri and near the Paphos airport. This is especially relevant if you are using cameras, binoculars and/or telescopes. Bird watchers have faced police questioning (even confiscation of photographic equipment) near Paphos airport recently and have also been asked to 'move on' from the Akrotiri gravel pits area, by British army patrols. Please make sure not to put yourselves in such risk! Carrying your membership card with you may help if being questioned by officers.

British Army patrols who seem to be unaware that the Akrotiri Gravel Pits area is a Natura 2000 special bird area, are turning up regularly and asking birders to move on, especially if they are near the military masts where No Parking and No Photography signs are displayed.

Check all the recent, unconfirmed reports of notable bird sightings from all over Cyprus, sent to us from local and visiting birdwatchers.
Click Here