Keeping an eye on the Audouin’s Gulls of Kleides Islets 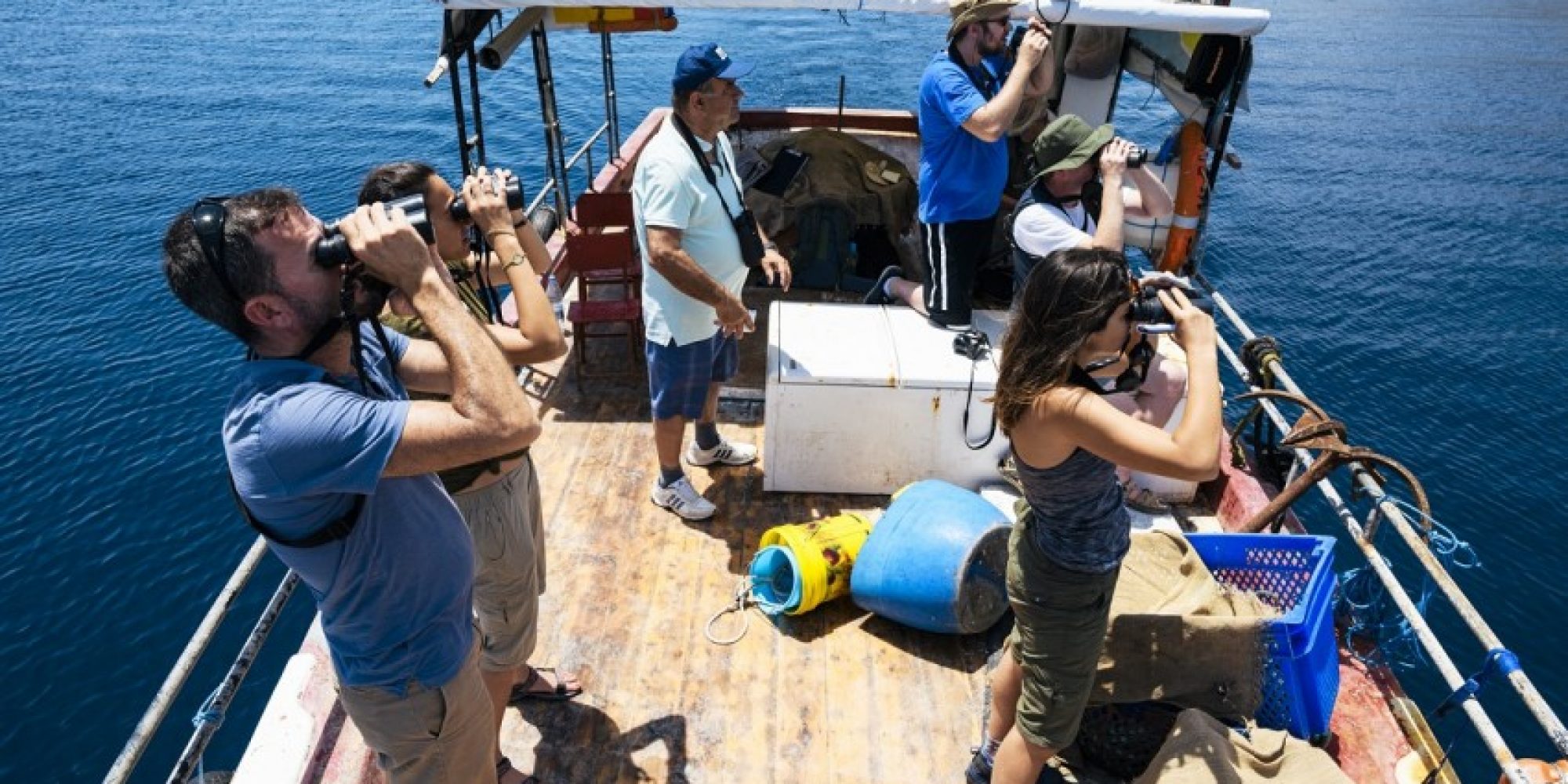 At the northeast tip of the Karpasia Peninsula, a remote chain of rocky islets is home to the world’s easternmost breeding colony of one of Europe’s most elegant and distinctive gull species, the Audouin’s Gull.

This white-headed gull, with the characteristic sloping forehead and red hooked bill, is a true conservation success story. In the 1960s and 1970s, its population numbered just 1,000 individuals, but today there are more than 65,000 Audouin’s Gulls globally, over 90% of which are found in Europe.

The impressive recovery of the species has been possible thanks to the protection of nesting sites and the increase in the availability of food (fish discards from trawlers) near the principal colony at the Ebro Delta, Spain. Despite the Audouin’s Gull’s expansion, the species remains potentially one of the most threatened seabirds, as the bulk of the population is concentrated at just three colonies: the Ebro Delta, the Chafarinas Islands off northeast Morocco, and the La Mata-Torrevieja saltpans in east Spain.

In the eastern Mediterranean, the recent trajectory of the Audouin’s Gull population is, unfortunately, very different.

Every May since 2007, BirdLife Cyprus and the Turkish-Cypriot bird protection society KUŞKOR have jointly organized an annual boat survey of the Audouin’s Gull colony on the Kleides islets. The results are worrying. The number of Audouin’s Gull nests dropped from an average of 24 during the early years of the survey to an average of just 8 in the last three years, while the average number of adult birds have more than halved, from 50 during 2007-2009 down to 20 during 2016-2018.

The other species nesting on Kleides have not fared much better. The islets are also the most important colonies in Cyprus for Yellow-legged Gulls and Mediterranean Shags. Yellow-legged Gulls have also decreased on Kleides, although not as dramatically, from an average of 150 adult birds in 2007-2008 to an average of 98 in 2016-2018, while the number of Mediterranean Shags have fluctuated over the years, without any clear population trend.

The reasons behind these declines have not been fully understood yet. Efforts have already been made, however, to try and deal with some of the most obvious problems, such as disturbance by anglers and fishing boats (access to the islets is now prohibited) and nest predation by rats (an eradication programme has been carried out by KUŞKOR on Zinaritou, the islet closest to the mainland).

We will continue to keep a close eye on the Kleides archipelago and we remain hopeful that, with the continued protection of the most important seabird nesting site in Cyprus and implementation of conservation actions, the Audouin’s Gulls of Cyprus will recover and begin to mirror the recent population trends seen in the western Mediterranean colonies.