Spring Alive for Swallows this spring! 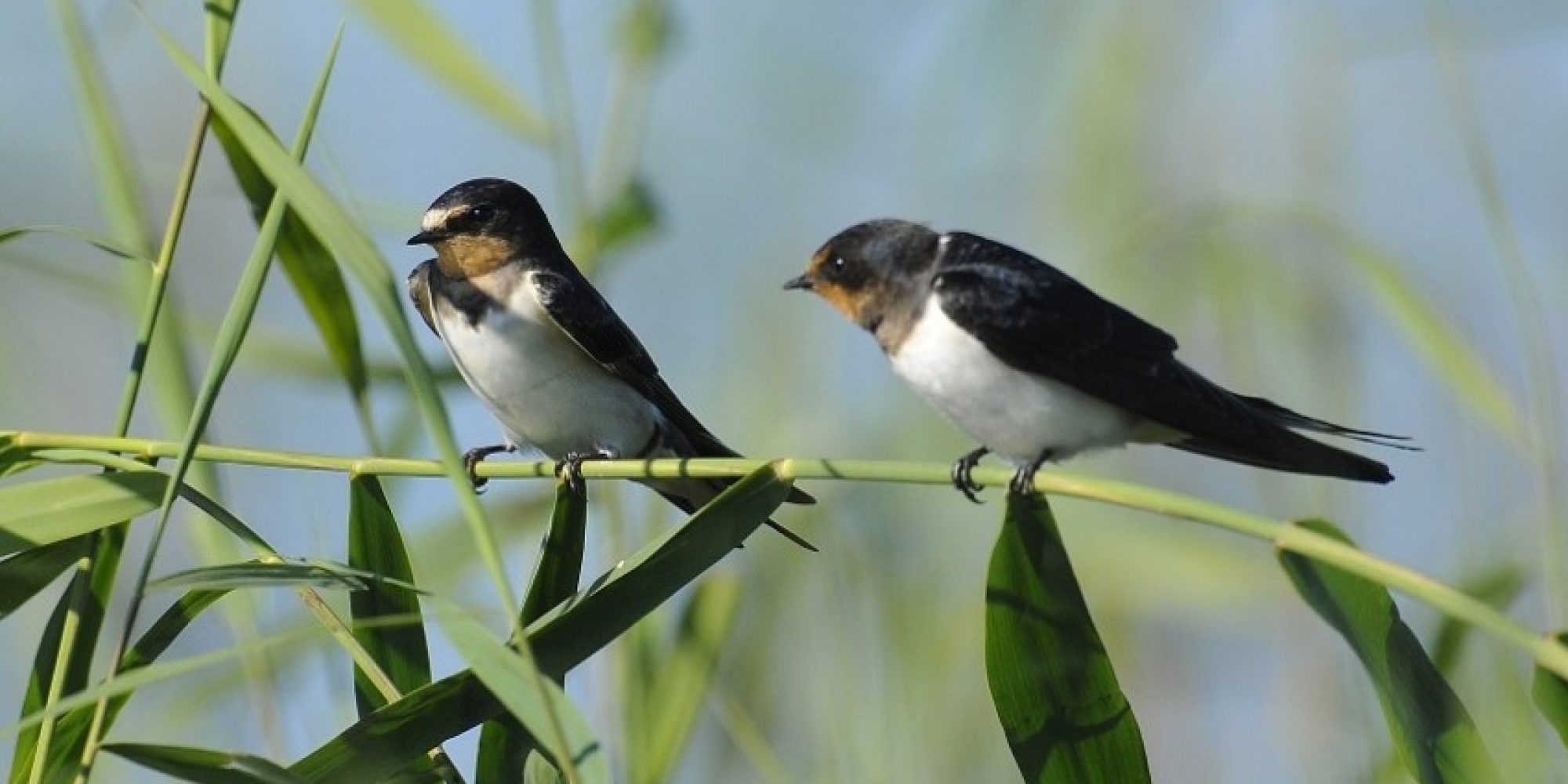 One of the most familiar birds in the world is declining, but rather than being concerned let’s celebrate the swallows of our neighbourhood, because they give a great start for young people to care about conservation.

Swallows are small, beautiful birds with dark, glossy-blue backs, red throats, pale underparts and long tail streamers – so-called ‘swallow tail’. They are extremely agile in flight and spend most of their time flittering around us catching insects.

Barn Swallows used to breed in caves, but now almost always nest in the eaves of buildings – such as farm barns (hence the name) and even in busy restaurants – meaning that the bird is one of the most familiar bird species in the world!

The BirdLife Partnership is not just about saving endangered species. BirdLife (as the authority for birds on the IUCN Red List of Endangered Species) lists Barn Swallow Hirundo rustica as ‘Least Concern’ and their population size and range is huge. Nevertheless, they have marked population declines in some areas which means their global population trend is listed as ‘decreasing’ – so in the future this common species might not be so common.

This is where YOU come in!

All along their migratory routes, children and adults will be excitedly preparing for the arrival of swallows and other birds with Spring Alive1 , an international project that launches its 2016 season in February. Spring Alive is a BirdLife International educational conservation initiative organised by OTOP (BirdLife in Poland) that encourages children to take action for the conservation of the migratory birds they learn about.

Intimately associated with humans, swallows are a species that anyone, almost anywhere can help with, through the Spring Alive 2016 season theme “Swallows of my Neighbourhood”.

We will soon be sharing tips and advice on how you can look after swallows in your neighbourhood, but for now we want you to be a Swallow Scientist!

Barn Swallows from Europe spend the winter in Africa south of the Sahara, in Arabia and in the Indian sub-continent. Their wide range also makes them great ambassadors that link many countries in their migrations, with initiatives such as Spring Twins which pairs schools in Africa and Eurasia.

As well as the Swallow theme this year, every season by posting their first sightings of Barn Swallow, White Stork, Common Cuckoo, Common Swift, and European Bee-eater on the www.springalive.net website, children from Europe, Central Asia and Africa create a real-time map of the incredible journeys these birds take every year.

Not convinced? Here are 10 reasons for your child to celebrate spring with Spring Alive.

Swallows are beginning to start their spring migration, where they travel hundreds of kilometres a day at a speed of over 30km/h – pretty tiring! These small birds are vulnerable to starvation, exhaustion and storms – so when they arrive in Cyprus they will need all the help they can get to recover!