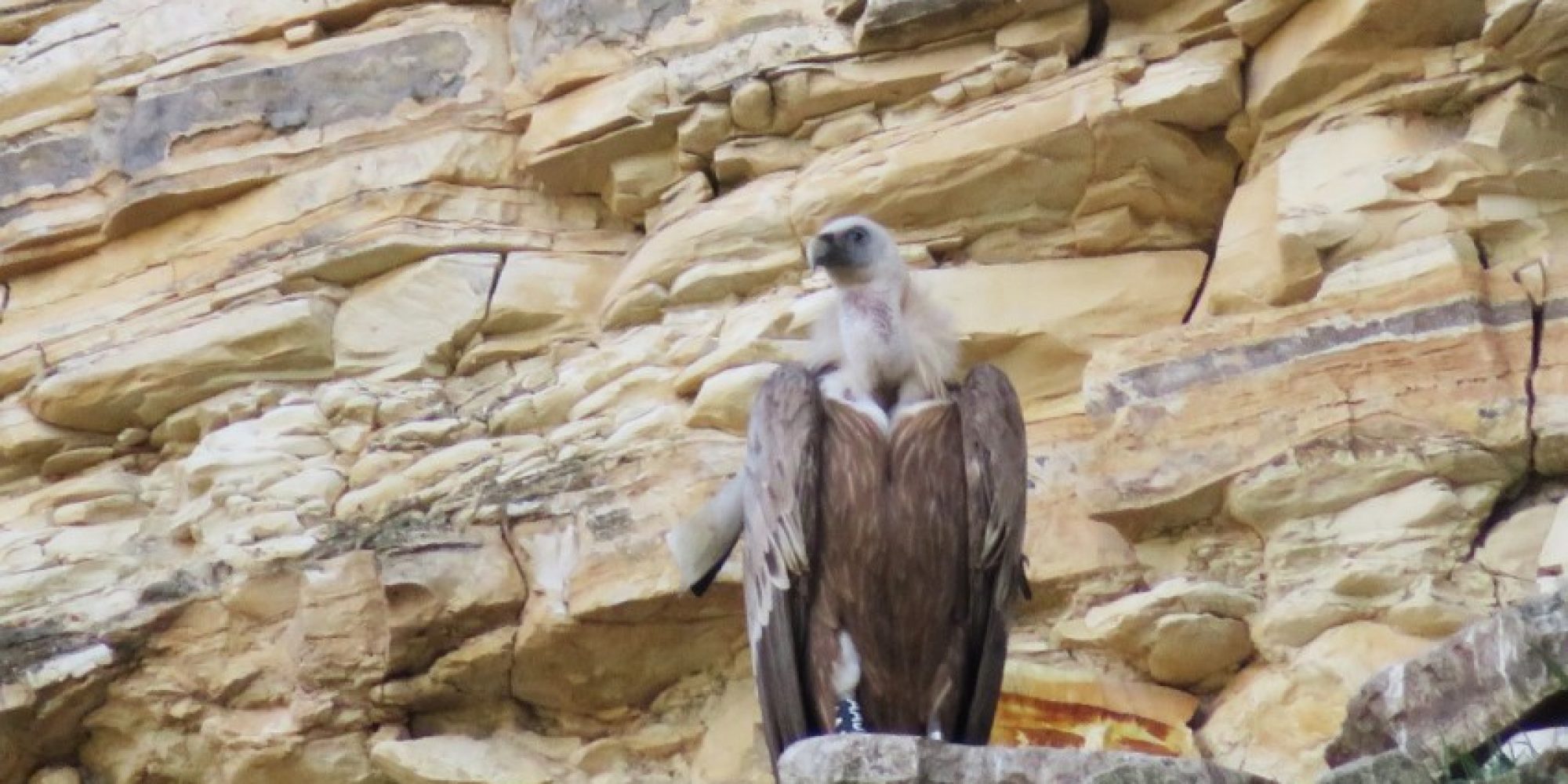 BirdLife Cyprus has been monitoring the Griffon Vulture population in Cyprus for a decade now. Last January, when we carried out the winter vulture census, 2020 was already shaping up to be a better year, but now, we have even more reason to feel optimistic, having confirmed three active Griffon Vulture nests during our latest breeding monitoring survey. This is the second time in the last decade that we have had more than two active nests.

As part of the LIFE with Vultures project, we launched an intensive breeding monitoring scheme this year, consisting of targeted checks at nesting sites, which complement our usual twice-yearly vulture census. Despite the ongoing COVID-19 pandemic, we were able to keep an eye on the breeding vultures through this new nest monitoring scheme, even though we were forced to forego the usual large-scale spring vulture census for 2020.

Having identified three territorial pairs at Akrotiri Peninsula – Episkopi Cliffs IBA during the January census, we continued to check up on this site, the vultures’ current stronghold, and other likely nesting sites throughout the spring months. There were some ups and downs during March and April, as we “lost” some nests yet “gained” others. By May, there were still three nesting pairs, but now located at two different sites, one pair at Akrotiri Peninsula – Episkopi Cliffs IBA and two pairs at Chanoutaris Cliffs SPA. Both sites provide good nesting habitat for the species (i.e. remote cliffs).

Akrotiri Peninsula – Episkopi Cliffs IBA has historically hosted the main Griffon Vulture colony in Cyprus and continues to be the most active nesting site for the species on the island today. Chanoutaris Cliffs SPA is also a historically important site for the species as it used to host one of the most important Griffon Vulture colonies in the past. Since the 1990s, a feeding station located within this site, operated by the Department of Forests, has also been providing safe food for the vultures.

On 22 May 2020, we carried out the fourth vulture breeding monitoring survey for the year with the help of a small number of surveyors, including BirdLife Cyprus staff, Game and Fauna Service officers and SBA Environment Department officers. With Griffon Vultures laying their eggs in January and with the incubation period lasting up to two months, our expectation (and hope) during this survey was none other than to record hatched chicks at all the nests. The day started early in the morning to avoid the extreme heat, and with eagerness to check the nesting sites. The teams at Chanoutaris Cliffs SPA successfully located the two nests, and to our pleasant surprise, each contained a chick – one clearly more developed than the other. Parents were seen at both nests taking care of and feeding their chicks. Both of the nests belong to pairs of Cretan (tagged) vultures (brought to Cyprus from Crete through the GYPAS project). One of the Cretan pairs consists of a 9-year old female with the tag ‘FAA’ that was brought to Cyprus in June 2012 and an 8-year old male with the tag ‘AAJ’ and was brought to Cyprus in December 2013. This same pair had nested in the Chanoutaris cliffs SPA in 2017 and had also attempted to nest there in 2015. The successful breeding of these pairs is evidence that the efforts made during the GYPAS project continue to bear fruit. Both chicks are expected to have fledged by July.

In contrast with the good action at Chanoutaris Cliffs SPA, with two active nests and as many as eleven Griffon Vultures seen soaring overhead at one point, at Akrotiri Peninsula – Episkopi Cliffs IBA, the day was much quieter. There were no vultures to be seen throughout the day. This was worrying because checks earlier in the spring suggested there were up to two active nests in the area. On 22 May however, there was no activity recorded at either nest site, suggesting all nests at the cliffs had been abandoned. Fortunately, two days later we were able to breathe a sigh of relief when we revisited the site and confirmed the active status of  one nest, with both parents, one Cypriot and the other Cretan, being present and feeding their chick. This chick is expected to fledge by the end of June.

We will continue with the regular monitoring of the nests on a two-week basis to observe the fledging process of the chicks and make sure that they remain safe. The existence of three breeding pairs is more than great news, but unfortunately, it is not nearly enough. The critically low Griffon Vulture population (currently at around 20 individuals) and the precarious status of the species on the island, means that without targeted conservation measures, the Griffon Vulture is unlikely to bounce back. The threats Griffon Vultures are facing, namely poisoning, food shortage, collisions with power lines and disturbance at nesting sites, are all caused by human activity and are predominantly preventable. Through the LIFE with Vultures project, we will be addressing these threats with the aim to save the species from extinction and promote a sustainable population. Read more about the project on www.lifewithvultures.eu

Many thanks go to all participants and volunteers who participated in the breeding monitoring surveys.