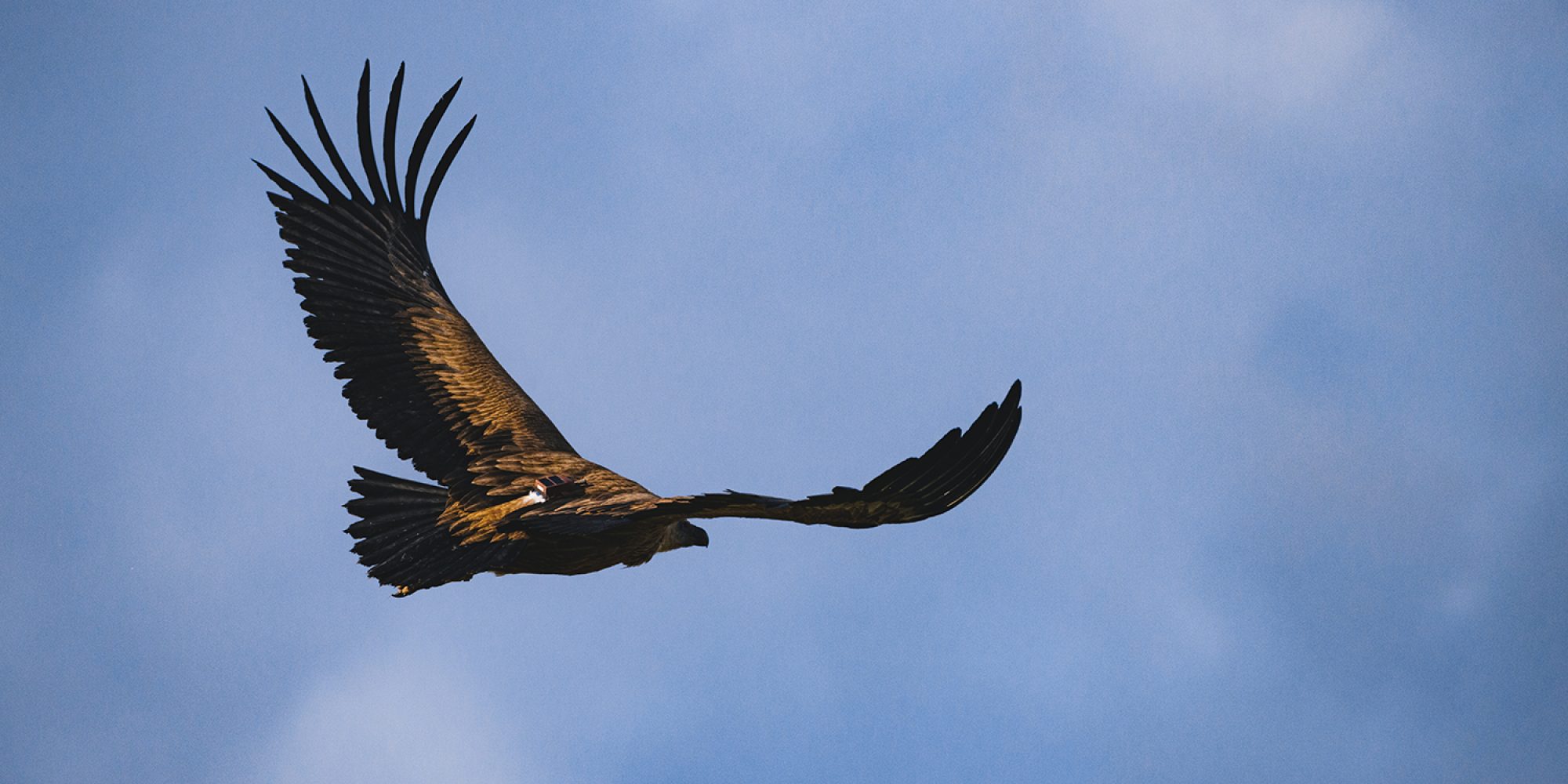 A month and half has passed since 15 Spanish vultures were released into the Cypriot countryside and we have news to share of their adaptation so far. Movement data derived from the GPS transmitters that the vultures carry on their backs show that the birds are adapting well and have successfully integrated into the local population. This is very encouraging and what we were hoping for. Unfortunately, a few days following release, we had two losses, which to some extent was to be expected due to the birds’ inexperience and young age.

After being released, the Spanish vultures initially remained close to the release site, making short flights, returning to nearby cliffs to roost at night, and regularly visiting the feeder located right next to the acclimatization cage, where they had spent the previous 10 months. The vultures of the local population, now consisting of Cypriot and Cretan birds (released 7-9 years ago) and their offspring, regularly visited the area until the first Spanish vultures followed them to new areas.

Since the release, the “LIFE with Vultures” project team has been closely monitoring the vultures, both through the GPS transmitters and in the field. The first few weeks after the release were critical and required the team to be on stand-by, as some vultures were seen flying near to the Oreites wind farm or in areas with a recent poisoning incident, while others were seen landing on roads or roosting on electricity pylons. In some cases, the Game and Fauna Service had to intervene to check on birds in the field or to move them to a safer location.

The two losses were due to drowning and electrocution. On 24 September, just nine days after its release, the vulture with the ring code ‘CAR’ flew over the city of Limassol and fell into the sea at the Limassol mooring area, probably due to exhaustion. With the help of the Coastguard –  whom we thank for their immediate response – we collected the dead bird and recovered the transmitter. On 3 October, just five days after his release, the vulture named Gyprios died of electrocution on an electricity pylon next to Kouris Dam. Post-mortems performed on the two birds confirmed the causes of death.

The movements of the other 13 Spanish vultures show that they have joined the local population, use the feeders and regularly visit important locations within the known vulture range, such as the southern edges of the Paphos Forest, rural areas of Limassol province such as Sotira, Paramali, Kyvides, Pachna and Dora, as well as the area around Episkopi within the British Bases. So the overall picture is very encouraging.

The project team continues to closely monitor the vultures and is working to prevent further losses by addressing all threats to the species, in order to reduce mortality in the population and give it a chance to recover.