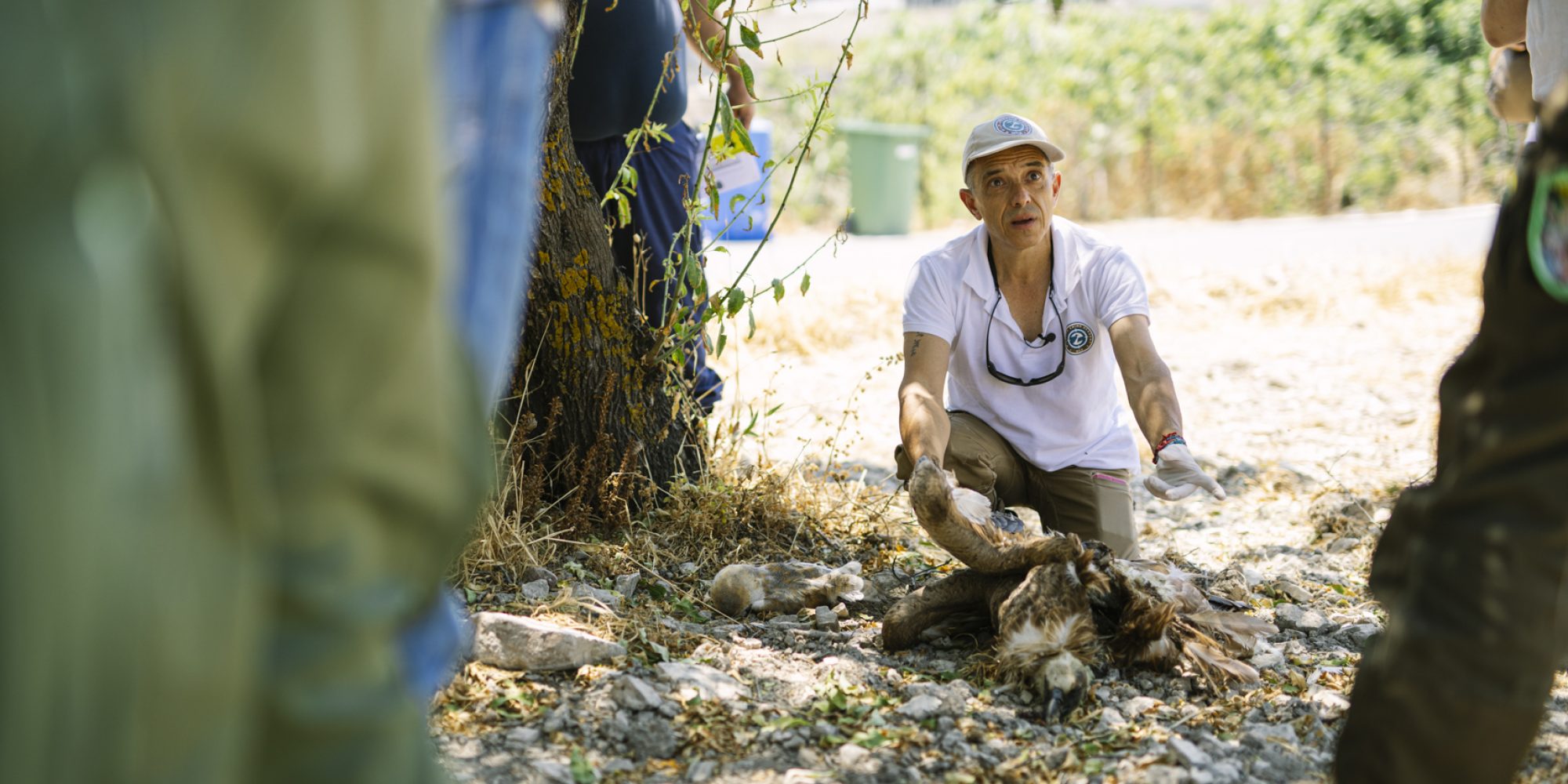 Wildlife poisoning and the use of poison baits are serious crimes that are often overlooked and not prosecuted effectively. Through CSI, forensic science and judicial processes, the Regional Government of Andalusia reduced illegal wildlife poisoning incidents by 80% over the last 15 years.

On 22 and 23 June, experts from the Regional Government of Andalusia generously shared their best-practice experience during a wildlife crime seminar in Cyprus. The seminar was coordinated by BirdLife Cyprus, with attendance and contributions from other LIFE with Vultures project partners and several members from the Game and Fauna Service, the Cyprus Police, the State General Lab, the Veterinary Services and the British Bases. The aim of the seminar was to promote substantial and continuous involvement of the competent Cypriot authorities and to strengthen their capacity, to improve the handling of crimes against wildlife, to identify and punish the perpetrators as the law foresees.

During the first day of the seminar, the professors from the Junta de Andalucía, together with local competent authorities and project team members, presented the legal and administrative framework around the issue of managing wildlife crime incidents, the motives behind the use of poison baits and best-practice examples from other countries. In addition, they discussed the sequencing of the investigation process in Cyprus, and the role of all stakeholders involved.

On the second day, participants discussed ways of handling such incidents using real examples from Cyprus. They then tested their new skills by investigating what happened in simulated crime scenes in the field utilizing wildlife carcasses and other evidence.

The seminar was organized as part of the LIFE with Vultures project, which aims at tackling the In recent decades, the Griffon Vulture population in Cyprus has suffered massive losses due to illegal wildlife poisoning, driving the species on the verge of extinction in the country. It is crucial to thoroughly investigate and prosecute such cases to deter potential offenders from placing illegal poison baits in the countryside and help prevent such damaging losses. Coordination between competent authorities and the application of appropriate techniques and methods for the investigation of such crimes can help identify the perpetrators and enforce deterrent penalties.

The interest and dedication shown by all participants give us hope for the future of the Griffon Vulture in Cyprus, and we are delighted to have them on board. We warmly thank the experts of the Regional Government of Andalusia who shared their expertise and internationally recognized procedures for the effective fight against wildlife crime. We also thank the Cyprus Police, the State General Lab and the Veterinary Services for their cooperation and efforts in the fight against wildlife poisoning.