Another year of illegal bird slaughter at Lake Soros, Meneou – BirdLife Cyprus and the Committee Against Bird Slaughter (CABS) call for a permanent ban to hunting at the site 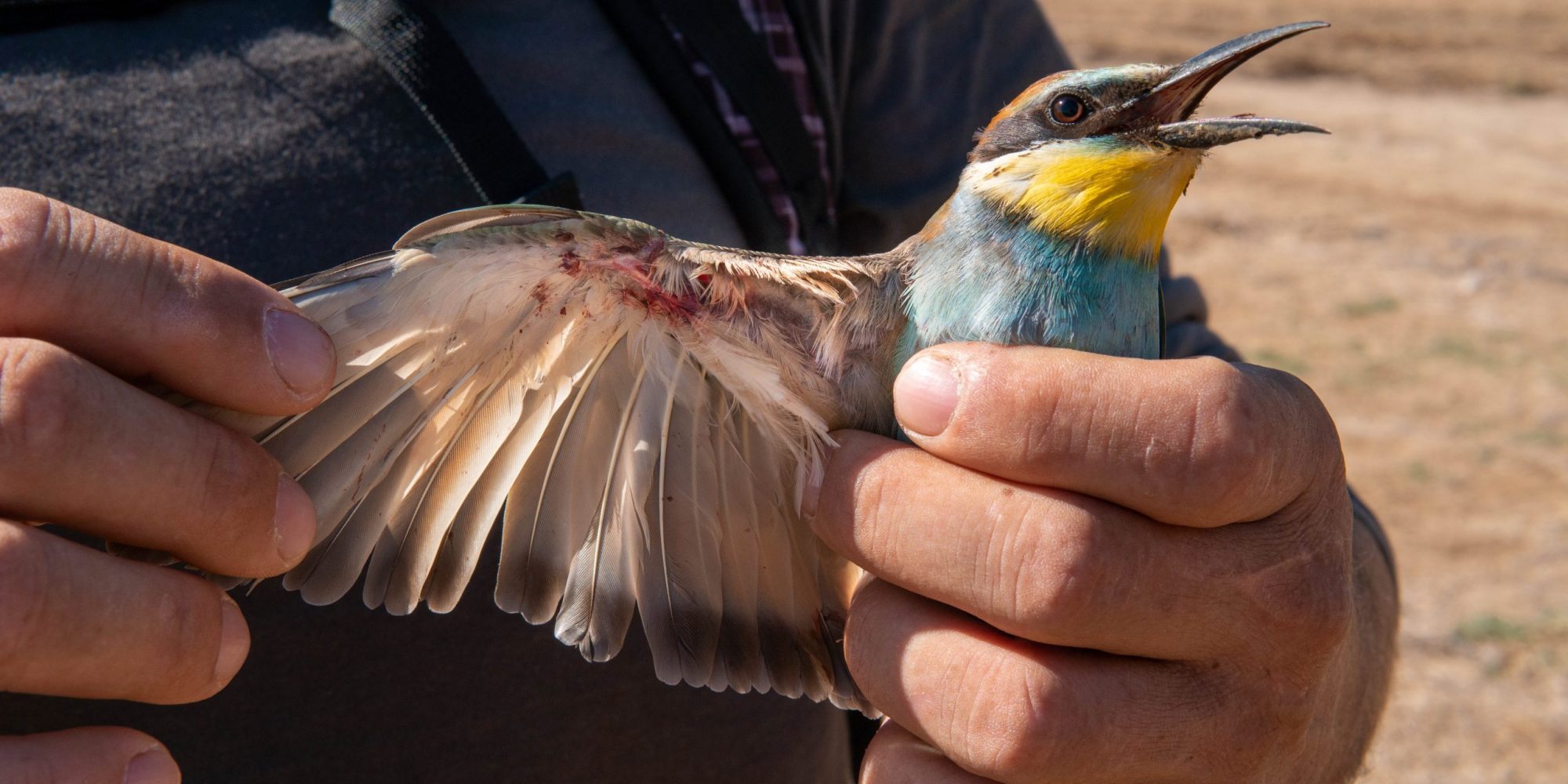 Lake Soros in Meneou continues to be a blackspot for illegal bird killing despite repeated calls from environmental organisations for a hunting ban at this problem site.

The list of protected species found shot in the area grows longer by the day. So far this September alone, volunteers and members of staff of BirdLife Cyprus and CABS monitoring the site for illegal bird killing activity found many protected non-game bird species dead, including European Roller, Bee-eater, Golden Oriole, Eurasian Hobby and Crested Lark. All birds were illegally shot as shown by post-mortem x-rays.

Illegal bird killing at Lake Soros in Meneou has been a persistent problem for many years, with incidents involving the illegal killing of dozens of bee-eaters, swallows and other protected species causing a public outcry. These incidents have been reported to the authorities numerous times but continue nonetheless until today.

“Shooting at protected non-game species takes place daily at this site: observations of our volunteers show that hunters systematically target protected birds but there is never enough enforcement” says Bostjan Debersek, wildlife crime officer of CABS. “Last Sunday morning, only one patrol of the competent authority was available in the whole Famagusta and Larnaca districts, meaning that it had to cover about 3000 square kms and thousands of hunters across the countryside.”

Moreover, distances from residential areas are not respected at Soros and the hunting site is close to the vulnerable Natura 2000 wetland that is part of Larnaka Salt Lakes, where lead contamination was confirmed by a BirdLife Cyprus’ analysis. “The illegal killing of birds at the site is only part of the conservation problem here. Dangerously high levels of lead have also been recorded in this area, even though legislation prohibits the use of lead pellet cartridges within 300 meters of wetlands and dams. At the same time, the proximity of the hunting area to residential areas raises public safety issues. These are serious and indisputable reasons for banning hunting at Lake Soros. It is high time the relevant authorities paid attention to this problematic area” said Tassos Shialis, Campaigns Coordinator of BirdLife Cyprus.

With Cyprus being located on a main corridor for bird migration, this out-of-control slaughter of migratory birds undermines conservation efforts both here and beyond. The European Roller, for example, suffered severe declines and even local extinctions in the past, and the population of the species in Europe continues to decline. For this reason, it is a Species of European Conservation Concern (SPEC) and as a species listed on Annex I of the Birds Directive, EU Member States have a responsibility to take measures for its recovery. Sadly, it is a species that is also a victim of illegal shooting at Lake Soros.

The closure of the hunting site near Lake Soros would be a good step for the better conservation of migratory birds in Cyprus. BirdLife Cyprus and CABS call on the Game and Fauna Service to take appropriate measures and ban hunting at the site, immediately and permanently.