Five raptors to watch out for this autumn 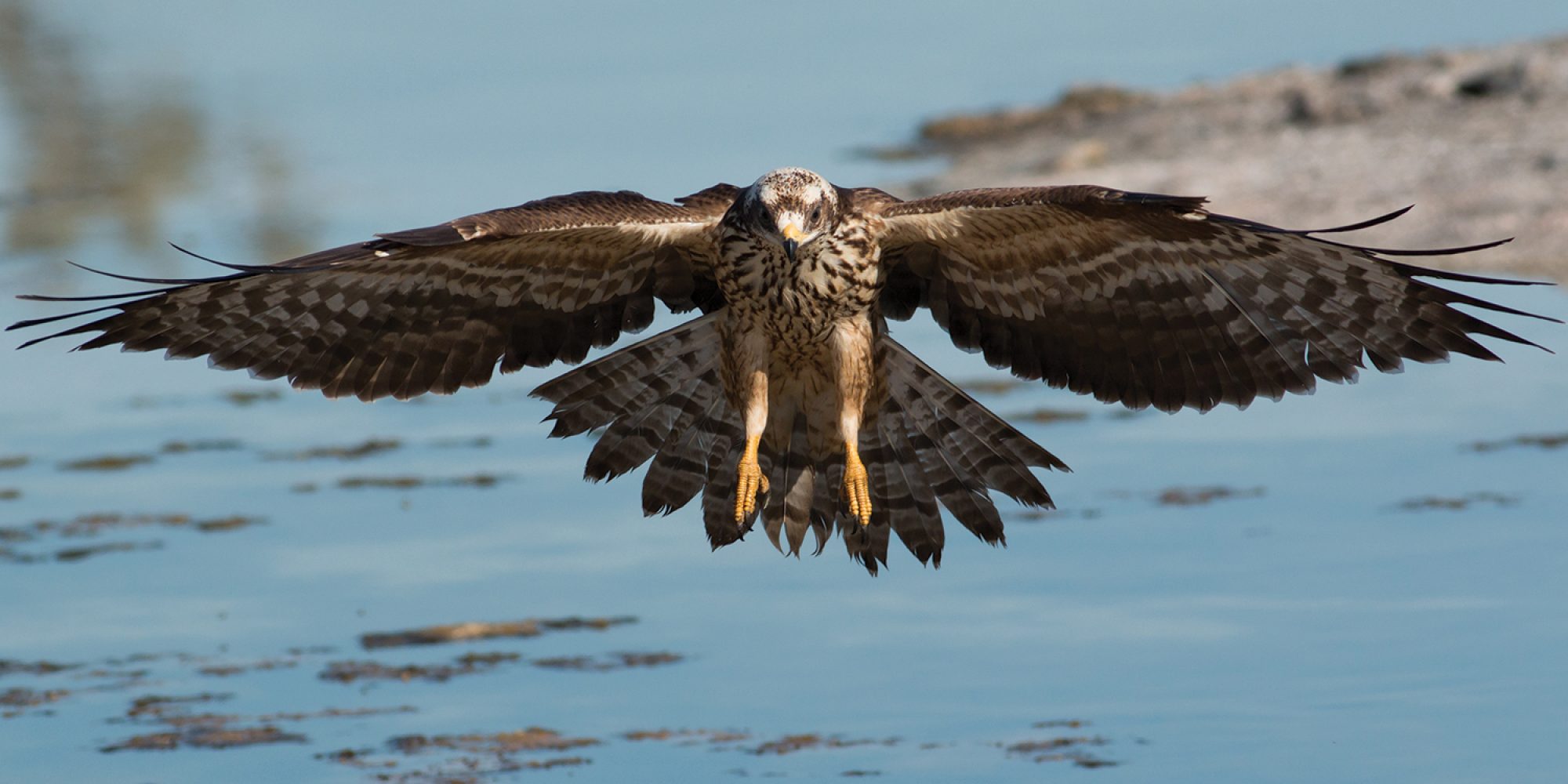 For all bird of prey enthusiasts out there, autumn in Cyprus is the season to be on the lookout for a nice variety of them. And more so in autumn than spring, as most raptors passing through Cyprus to head to Africa in the autumn will be returning via a more eastern route in the spring (i.e. avoiding the sea and travelling over land). This is because many of them follow a ‘loop migration’ pattern, with spring routes situated further east than the autumn ones. Among them are various species of buzzard, harrier, eagle and falcon, and of these we’ve picked out five that are hard to miss.

The undoubtable protagonist of autumn migration is the European Honey Buzzard Pernis apivorus. It is the most common migrant raptor passing through Cyprus with an estimate of over 5000 birds passing through most years. If one is lucky, one can see several hundreds gliding overhead on the same day. The greatest number of Honey Buzzards are usually observed at Akrotiri Peninsula which is the key migration bottleneck for migrating raptors. The adult is grey-brown on the upperparts, with a grey crown and face, and a whitish throat with dark streaks. It is however one of the most challenging raptors to identify, as its plumage can be extremely variable, especially that of the juveniles. Most of those that pass over Cyprus are young birds. Look out for it between beginning of September to beginning of October, especially during the morning hours when they take advantage of the warm air currents to gain height and continue their journey.

The Black Kite Milvus migrans is one of the most common birds of prey recorded passing through Cyprus in the autumn, after the European Honey Buzzard and the Western Marsh Harrier. Even though from a distance it appears almost black with a light brown bar on the ‘shoulder’, its plumage is actually dark brown, with scattered light brown and rufous markings, particularly on the head, neck and underparts. The tail is forked and barred with darker brown, but this fork disappears when the tail is fully open. It soars effortlessly in the wind, keeping its wings back and twisting its tail to manoeuvre. Although it is primarily a passage migrant, a small number of individuals may spend the winter here. Look out for it between beginning of September to beginning of October at Akrotiri Peninsula, Cape Greco and Paphos Plain.

The Lesser Kestrel Falco naumanni is very similar to its cousin, the Common Kestrel Falco tinnunculus, although with notable differences such as the pure grey-blue head of the male, which covers its cheek and much less spotting on its plumage. If you are lucky enough to get close views you will see that Lesser Kestrels have pale claws whereas those of the Common Kestrel are black. Steppe-like habitats, natural and managed grasslands, and non-intensive cultivation are its preferred habitats and quite often it will be seen taking advantage of prey disturbed by grass or scrub fires, or by tractors turning soil. Interestingly, the Lesser Kestrel was once a breeding summer visitor to Cyprus, but there is no record of breeding since 1929. It is a social species, roosting/breeding in colonies and hunting in groups. As with Honey Buzzard and Black Kite the best place to observe this species in the autumn is Akrotiri Peninsula with others seen around Cape Greco and Mandria on the Paphos Plain.

Being a bird of prey and a “cutie” at the same time may seem like an oxymoron, but then again there’s the Red-footed Falcon Falco vespertinus. A small, long-winged falcon, the male, female and juvenile Red-footed Falcons are strikingly different. The male, which is the easiest to identify, is an unmistakable, slate-grey which contrasts with his chestnut lower belly, under tail coverts and thighs. Red-footed Falcons seem to have a preference in making full use of electricity wires for roosting and as observation posts when hunting. In Cyprus, they can be seen from end September to early October in several areas where these wires pass over suitable habitat, such as on the Akrotiri Peninsula, the Paphos coastal plain near Mandria and the road to Apostolos Andreas, in Karpasia Peninsula, areas for which the species has been designated as protected. Small groups gather together at such spots and can be seen diving down to feed, mainly on insects, hovering ‘kestrel-like’ and resting before resuming their journey.

The Booted Eagle Aquila pennata is a small eagle about the size of a buzzard. It has a long tail, slender build and white patches at the base of wings. It occurs in both pale and dark morphs, with the latter being rarer than the pale morph in Cyprus and more difficult to identify. It is a scarce migrant, with only a handful of records each year, usually in autumn, with pale morph birds usually predominant. It can be seen at Akrotiri Peninsula, Cape Greco or Mandria, in Paphos, usually in single numbers, during September and October. One or two individuals occasionally stay for the winter. A few years back one stayed at Achna Dam and the last couple of winters at least one has been at Akrotiri Marsh. It was seen regularly there hunting for its prey and hopefully it will be there this winter too.

The locations mentioned here, especially Akrotiri Peninsula, are the most reliable ones for spotting migrating raptors. But, what all seasoned birders know well is that during migration anything can turn up anywhere. To keep up to date with what’s being seen around the island, you can check the recent sightings page which is updated regularly with sightings sent in by local and visiting birders.