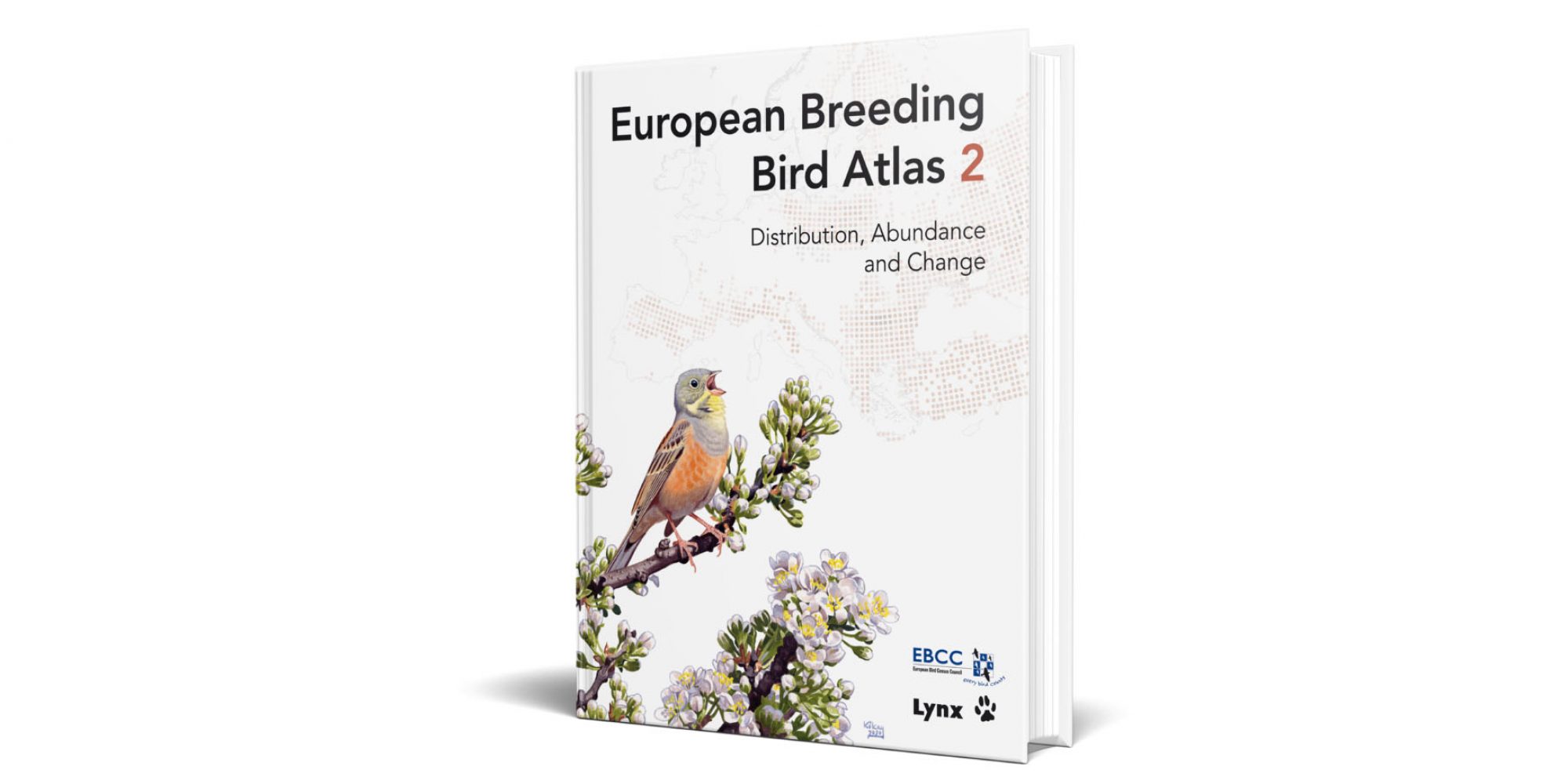 The second European Breeding Bird Atlas (EBBA2) has been published today, 3 December 2020. This is probably the largest citizen-science project in Europe, involving some 120,000 volunteer fieldworkers across the continent and covering 96% of the whole territory. EBBA2 provides up-to-date information on the breeding distribution and abundance of all 596 native and non-native bird species in Europe. It will form the basis for further research to better understand the drivers of change and inform nature conservation and policy.

BirdLife Cyprus was the national coordinator in Cyprus for the project, which for the first time included the island in a European Breeding Bird Atlas (Cyprus was not included in the first atlas). In Cyprus, more than 90 volunteers contributed their time and effort over 5 years to collect a high quality dataset that covers the entire island, documenting the distribution of the around 100 species that breed here.

The first European Breeding Bird Atlas (EBBA1), which used data from the 1980s, was the first collective work of ornithologists in Europe and has been widely used in research and nature conservation. Since its publication in 1997, however, European landscapes and climate have changed, resulting in changes in the distribution and abundance of many bird species. For this reason, the European Bird Census Council (EBCC) decided in 2010 to mobilise its network for the production of a second European Breeding Bird Atlas (EBBA2). EBBA2, the result of a decade of concerted effort, has combined high scientific standards with a citizen science approach to collect data on distribution and abundance of all bird species in Europe as well as to document changes since the first atlas.

EBBA2 covers the whole of Europe including the European parts of Russia and Kazakhstan, the whole of Turkey, Cyprus and the archipelagos in the Atlantic and Arctic Oceans and in the Mediterranean Sea. Such a large spatial scale and wide diversity of approaches among countries made EBBA2 a major challenge for Europe’s ornithologists. Under the guidance of national coordinators, around 120,000 fieldworkers collected data on species occurrence and probability of breeding during the period 2013-2017, covering more than 11 million square kilometres (96% of the whole territory) in a systematic and standardised manner.

EBBA2 recorded 539 native bird species breeding in Europe, 59 of which are mainly concentrated in Europe (near-endemics) and 40 are species found only in Europe (endemics). Although there are few species that are widespread, more than 50% of the species occurred in less than 10% of all surveyed squares, so that all countries and regions have their own specific responsibility towards this common wealth. EBBA2 data show that 57 non-native species breed in Europe, i.e. one in ten of European breeding bird species has been introduced from elsewhere.

By comparing EBBA2 with the first atlas, we can see that there are marked changes in the European avifauna in the last 30 years. According to EBBA2 analyses, 35% of all native species increased the area where they breed, among them the Cattle Egret (Bubulcus ibis). On the other hand, 25% of species have shown a decrease in area, e.g. European Roller (Coracias garrulus).

Furthermore, the breeding ranges of European birds have shifted northwards by an average of 28 km (ca 1 km per year). Regions in the north of the continent have gained species while the areas in the south have experienced losses. Losses have often been found in bird species characteristic for agricultural land and grassland, particularly in the Mediterranean region as well as in western and central Europe. Land use and climate change appear to be the main drivers of these changes and will have to be investigated further.

Although many species of European conservation concern suffered losses in distribution, there are also positive stories indicating that nature conservation and effective environmental policies work. Many species protected by international legislation such as the White-tailed Sea-eagle (Haliaeetus albicilla), have increased their distribution in Europe, while a number of species of inland wetlands have benefited from better protection of the species and their habitats, such as Eurasian Bittern (Botaurus stellaris) and Pied Avocet (Recurvirostra avocetta). This Atlas is a keystone publication that should guide future conservation work in Europe. It helps conservationists and policymakers understand the changes in the distribution of bird species over the years and so it clearly highlights where species conservation and habitat restoration activities should happen in our region.

The project would not have been possible without dedicated fieldworkers, national coordinators, experts contributing to analyses and presentation of the data, donors and other supporters. EBBA2 was only possible thanks to the EBCC network of organisations and individuals from all corners in Europe, all dedicated to a common goal, cooperating across all borders and barriers.

The results of EBBA2 are published in a comprehensive book in partnership with Lynx Edicions. An on-line interactive version of the atlas maps is planned to be published at a later stage. This incredible new book, and the database that underpins it, will serve to enable further research and support conservation of birds and other biodiversity across Europe for decades to come.