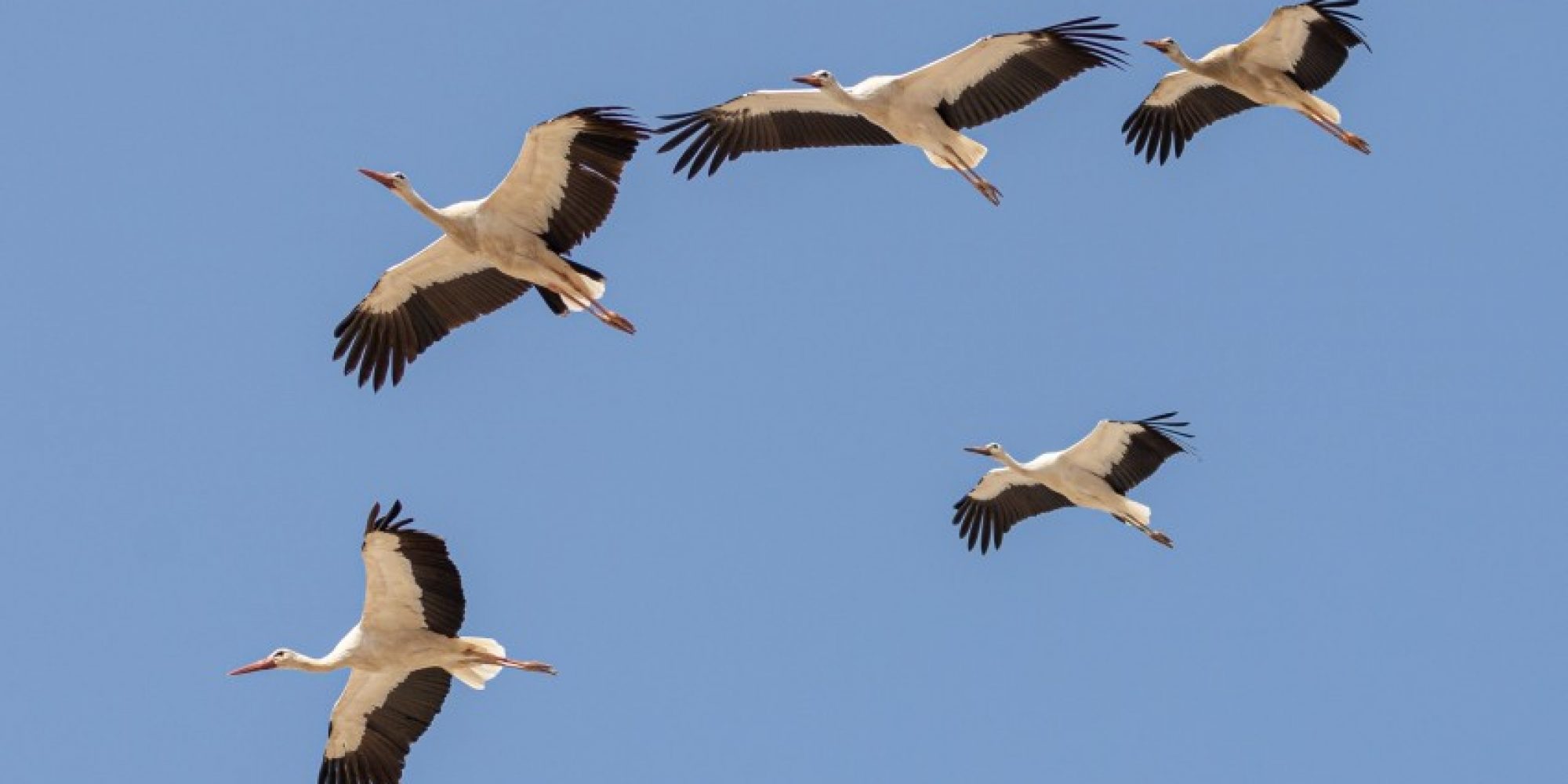 The White Stork Ciconia ciconia is one of the most well-known migratory bird species in the world, traveling in spectacular flocks numbering thousands. With their huge wings, they soar upon rising warm air currents to altitudes of 1500 m and then simply glide over huge distances. Since these warm currents do not form over water, storks travelling between Europe and Africa usually avoid the Mediterranean Sea, diverting via the Bosporus in the east or the Strait of Gibraltar in the west.

This is the reason why, usually, only a small number of White Storks pass through our island during migration. This year was the unexpected exception however, as from mid to late August, flocks of hundreds and even thousands of White Storks were recorded throughout Cyprus – from Famagusta to Paphos districts – as they used the island as a stopover during their journey to Africa. Such large flocks of White Storks are rare for Cyprus and are usually observed every 10-15 years, mainly in August. This behavior is probably related to the prevailing weather conditions along the birds’ migration routes, which force them to change course in an effort to avoid bad weather.

Some flocks were observed stopping over for only a few hours, while others appeared to remain in specific locations for up to a week. Based on sightings we received from seasoned birdwatchers, it is estimated that more than 7300 White Storks visited Cyprus during the last two weeks of August.

Migrating flocks, weak and exhausted by their epic journey, are particularly vulnerable to collision with overhead power lines and the threat of illegal shooting along their migration routes. And so, for some White Storks the journey unfortunately ended unexpectedly in Cyprus, as twelve birds were found dead in the area of ​​Potamia in Nicosia district. According to the Game and Fauna Service, the birds died of electrocution after contact with overhead power lines found in the area.

Overhead power lines are a major factor of non-natural mortality for birds throughout the world. As part of the “LIFE with the Vultures” project, power lines that pose the highest collision risk for Griffon Vultures will be marked with bird diverters in order to reduce the risk of collision. Although this action is mainly aimed at protecting the Griffon Vulture, the marking of overhead power lines that pose the highest risk of collision will most likely also benefit other species of large soaring birds, such as birds of prey, storks, etc.

You can learn more about the White Storks’ epic journeys at https://flightforsurvival.org