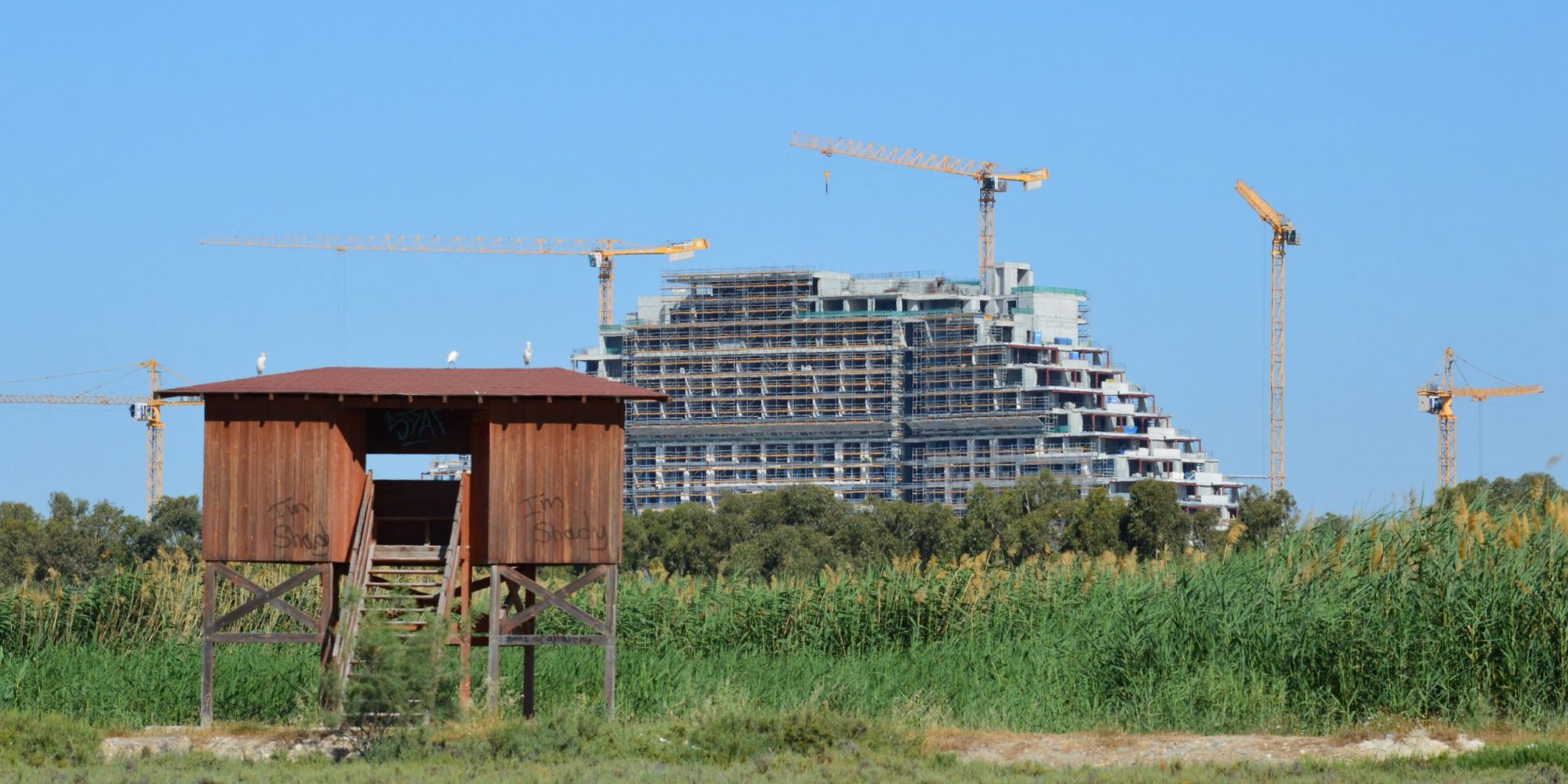 Martin Harper, Regional Director for BirdLife Europe & Central Asia, writes about key nature conservation challenges in Cyprus after his recent visit to our island. Martin Harper visited at the invitation of BirdLife Cyprus, the local BirdLife partner. The focus for Martin’s visit was on environmental issues in the British Bases, both due to the urgency of the challenges there and because of Martin’s previous role as Head of International division at the RSPB (BirdLife in the UK).

There are few more symbolic images demonstrating our ongoing failure to live in harmony with nature than a massive new casino under construction on the edge of an internationally important wetland.

I had known about this egregious development next to Zakaki Marsh in Cyprus for a while, but it was shocking to visit the site and see how the casino and, perhaps more significantly, the ancillary housing development was already transforming the landscape of the Akrotiri Peninsula: loss of habitat vitally important for species like the red-footed falcon, greater demand for water in an already water-stressed area and inevitable increased disturbance of wildlife.

I had returned to the island for the first time in four years at the request of our partner on the island, BirdLife Cyprus.  As we end the first year of the UN Decade on Ecological Restoration, it was a timely reminder of the huge challenges that many BirdLife partners across the Mediterranean are facing in dealing with the consequences of climate change while fighting unsustainable development and illegal killing of birds.  We must find ways to stop the rot, protect the best and restore the rest.

Across the Mediterranean, nearly 25 million birds are illegally shot, trapped or poisoned every year. Sadly, Cyprus is one of the black spots. So, it was good this week to be able to talk about real progress that has been made in tackling illegal songbird trapping particularly on the UK Sovereign Base Areas (SBA).  When I last visited in 2017, illegal trapping had reached an all-time high. However, a concerted effort by the SBA Administration and NGOs (such as BirdLife Cyprus, Committee Against Bird Slaughter and the RSPB) to increase surveillance, enforcement and removal of trapping infrastructure led to a 90% reduction in the number of birds being killed in 2020.

This is an outstanding achievement and shows what can be achieved especially when coupled with high profile awareness campaigns including those fronted by well-known campaigner and TV presenter Chris Packham.

Yet, like most forms of persecution, it’s an issue which we cannot take our eyes off for a moment. Last year, the Republic of Cyprus Government weakened legislation designed to combat illegal killing including cutting penalties for 14 protected non-game species (these happen to be the ones trappers want most) to a tenth of what they were (from €2000 to €200). This rightly caused public outrage with BirdLife Cyprus last week handing over a petition to the Chair of the Cypriot Parliament backed by 14,000 people calling on the Government to overturn the new law.

It is therefore good news that the SBA Administration (which is the accountable body for enforcing the law in one of the worst songbird trapping hotspots – Cape Pyla) has not followed suit and has retained tough penalties for offenders.  But it’s abundantly clear that there is still demand for ambelopoulia (the dish made from the trapped birds), so we need to be vigilant, sustain levels of enforcement to prevent an increase in numbers of birds illegally killed while continuing to try to find new ways to change attitudes and behaviour.

It’s depressing how much effort needs to be invested in tackling illegal bird killing, especially when there are so many other pressing concerns: for example uncontrolled and clearly unsustainable development.  The situation in Cyprus is like other parts of the Mediterranean which experience a seemingly insatiable demand for short-term economic gain irrespective of the environmental cost and blind to the consequences of climate change. While the casino I described above is outside of the jurisdiction of the SBA, a new (non-military) development plan for Akrotiri is the SBA Administration’s attempt to guide future development on the peninsula while protecting the environment. The need for a decent strategic plan was obvious when we drove up Lady’s Mile – the coastal strip which flanks the island’s largest salt lake and home to iconic species like flamingos. More and more locals and tourists are visiting especially in the summer months and there are few constraints to expansion of the dirt track and car parking spaces near the restaurants. This is destroying coastal habitat and has serious consequences for some of the most threatened bird and turtle species that breed in the area.  In early 2022, we expect the new development plan to be published and we need it to be sufficiently robust to support the environmental objectives of the protected area. This must start with a genuinely environmentally sustainable visitor management plan for Lady’s Mile.

While it seems we still have our work cut out to protect the most important sites for nature on the island, it was nice to see progress in restoring Akrotiri Marsh – a site which I visited in 2017 and which has benefited from two UK Government Darwin grants.  By increasing grazing (from 30 to 150 cattle), the area of wet grassland has expanded which is good news for species like Spur-winged Lapwing which have returned to the site. There is a lot to do to maintain the gains that have been made by building excellent relationships with the farming community and my hope is that establishing an ongoing site management agreement supported by a new agri-environment scheme can be a way to fulfil the site’s potential.

As I joined young families for a morning birdwatching with the BirdLife Cyprus team enjoying the kingfishers, egrets, herons, ducks and cormorants, it was abundantly clear that our children’s future will be shaped by our actions and decisions today. Like many parts of Europe, Cyprus is in desperate need of an alternative economic future that moves away from the old, destructive model dependent on exponential expansion of grey infrastructure towards one which embraces the emerging global and regional commitments to restore nature and decarbonise the economy, support businesses that nurture the environment and invest in nature.  Because the health of the natural world is upon which our prosperity and very survival ultimately depends. 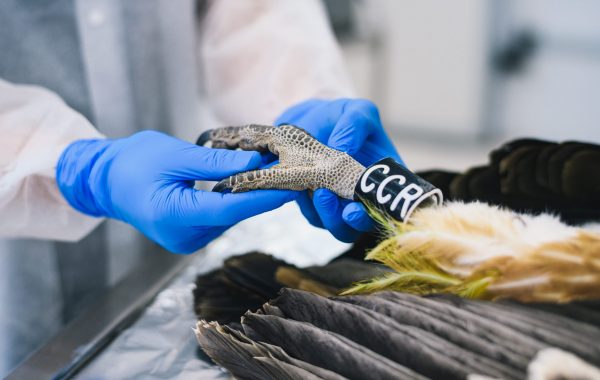 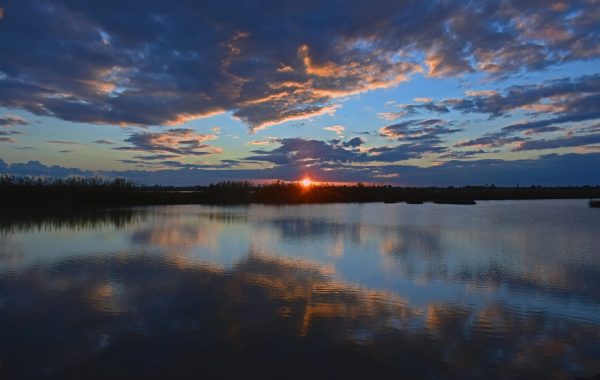 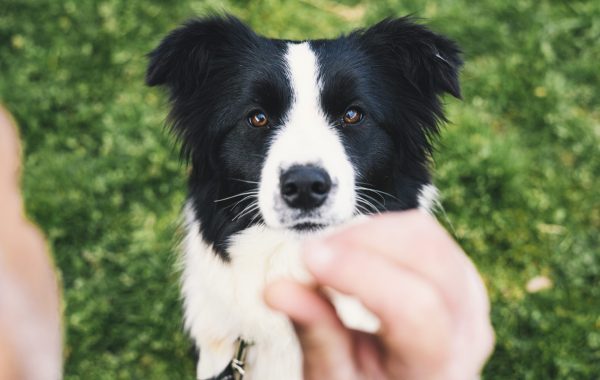