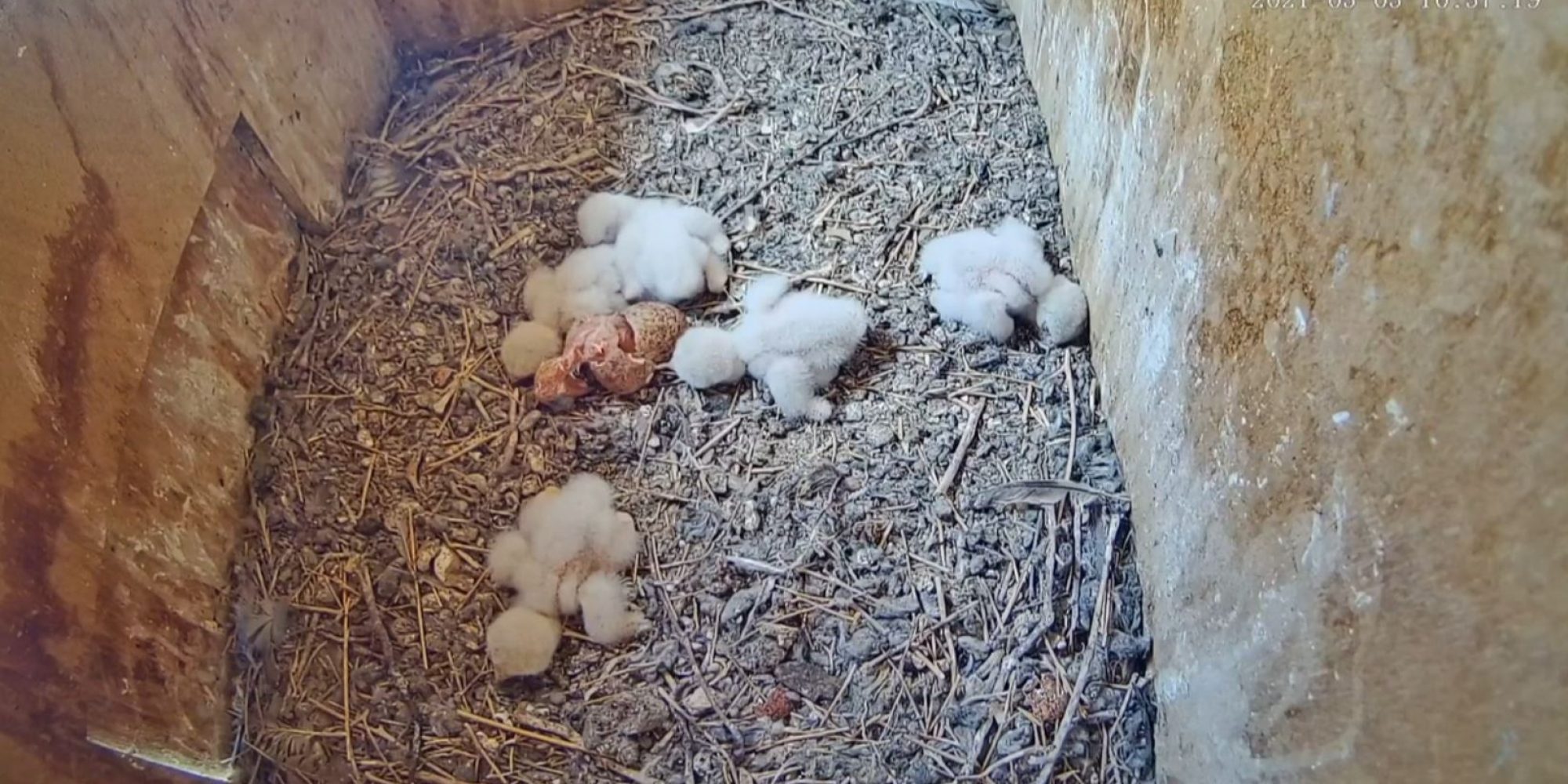 If you are on the edge of your seat and are wondering how many of the six Common Kestrel eggs have hatched, then keep on reading.

If you have no idea what we are talking about, watch episode 1 and 2 of our “Nest box series” here and here.

The first Common Kestrel egg hatched on May 1, in the early morning. The next four eggs followed and the mother kept bringing food to accommodate all those hungry mouths. The sixth egg took a little longer to hatch than the others, and for a while we were losing hope that it would ever hatch. However, a few days later and after a fifteen-minute struggle, the last chick managed to break free from the shell!

In addition to the hours of feeding footage that our camera has recorded, some other interesting moments caught our attention too, such as when the mother ate the shells of the hatched eggs. Eating egg shells is quite common in many bird species, as it provides them with extra calcium. Our camera also recorded a Barn Owl entering the nest box and paying a surprise visit to the Kestrel chicks (probably one of the birds from the original occupants, who then went on to occupy another nest box nearby). Although we do not know the reason of this visit –it could have been mere curiosity- luckily, the Barn Owl left the nest box without causing any harm.

From the moment they hatch, Common Kestrel chicks need around a month in order to fully develop their wing and tail feathers. Until then, they are fully dependent on their parents to provide them with food such as lizards and small rodents. Can you believe that these small chicks, now covered in white down feathers, will grow into magnificent birds of prey, within just one month?

Stay tuned for the next episode!