How many more Flamingos must we lose before we do something about lead pollution? 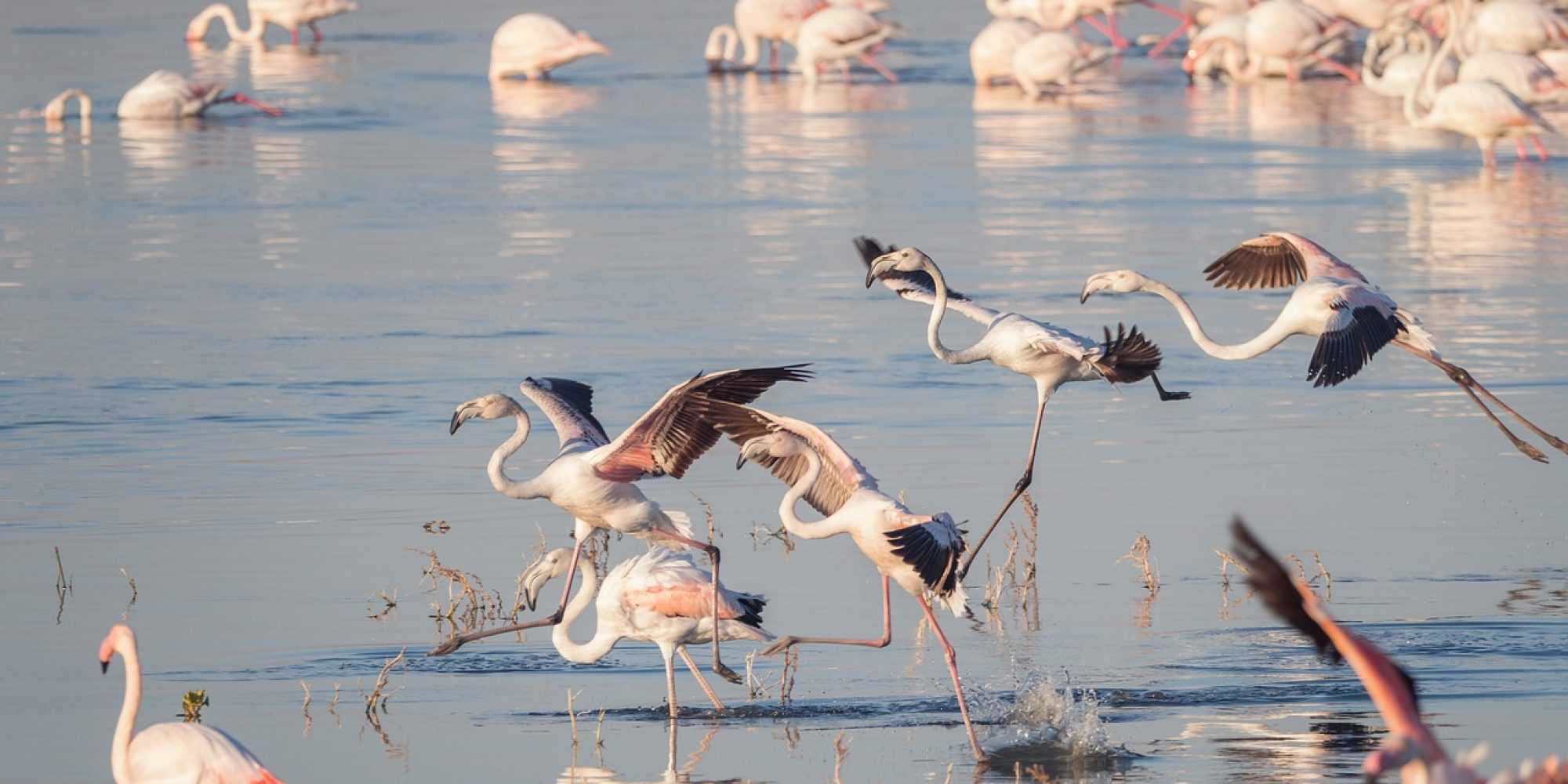 Since the time of writing of this article, another Flamingo was found in distress at Paralimni Lake. The bird was taken to a vet, and despite all efforts, it died shortly after. X-rays showed presence of shotgun pellets in the stomach and throat.

In mid-January, a concerned citizen found a dead Greater Flamingo Phoenicopterus roseus at Paralimni Lake. After the bird was retrieved, it was taken to a private vet in order to investigate the cause of death. X-rays showed a large quantity of shotgun pellets in the bird’s stomach (due to ingestion) as well as pellets in its legs (from shooting). Considering that the injuries from the shooting were –as it happens- not life threatening, the most probable cause of death was lead poisoning. Lead is highly toxic and studies have shown that the ingestion of more than 10 pellets can cause acute poisoning resulting in a bird’s death within a few days.

This is not the first time that flamingos and other waterbirds have died of lead poisoning due to ingestion of lead pellets in Cyprus. This toxic chemical, which has no safe exposure levels for either humans or wildlife, has been described as a ‘silent killer’, as most lead poisoning animal victims go undetected. In fact, it has been estimated that 1 million waterbirds across Europe die each year from lead poisoning. It should therefore come as no surprise that there is a push at EU level for lead to be banned from hunting ammunition, sports shooting and fishing gear, just as happened in the past when it was banned from pipes, paints and gasoline (see our ‘myths and realities’ article here).

As for Cyprus, one of the worst incidents of lead poisoning was recorded in 2020, when more than 100 flamingos were found dead at Larnaka Salt Lakes between January and February. Lab tests confirmed that 85 of the birds had died from lead poisoning. This was due to the existence of a shooting club located at the North West side of the main Larnaka Salt Lake, which was closed down in 2003 after a serious incident during which 52 flamingos died from lead poisoning. In the same year, restoration actions were undertaken to remove as much of the lead as possible around the area where the old shooting club was located – a total of 10 cm of lake sediment was removed as a result. The restoration appeared to be successful, with no major incidents of lead poisoning of flamingos and other waterbirds recorded, until the winter of 2020, a year with a lot of rainfall which resulted in a larger foraging area for the Flamingos, including areas within the old shooting range site. The presence of lead in the sediment of Larnaka Salt Lake is currently being assessed through an ongoing water quality study under the LIFE IP PHYSIS project.

Incidents from recent years indicate that this is recurrent issue especially during the winter, when migrating waterbirds number in their thousands in our wetlands. The flamingo deaths at Larnaka Salt Lakes were not the only thing warning of high levels of lead contamination. A sediment sampling study done in 2021 at Soros Lake in Meneou, which is part of the Larnaka Salt Lakes, showed high levels of lead, especially in areas close to where hunting is permitted, next to the lake. The report was published last June – see relevant article – and we have called upon the Minister of the Interior and the Game and Fauna Service to close hunting activity in this area. The latest dead flamingo incidents at Paralimni Lake signal the presence of lead, in yet another wetland.

In the case of Paralimni Lake, the source of lead pollution is twofold: a) there is a shooting sport club to the south edge of the lake, within the Natura 2000 protected area, and b) daily hunting is permitted within the lake from August to end December. And while there is a ministerial decree dating back to 2007 prohibiting the use of lead ammunition within a 300-metre radius from lakes and dams in Cyprus, it does not seem that most hunters abide by this decree, nor that this decree is fully enforced by the Game and Fauna Service.

Paralimni Lake is the most degraded natural wetland in Cyprus, facing multiple pressures and threats. The Management Plan for Paralimni Lake, published in 2016 by the Game and Fauna Service, actually identified these problems, including the significant negative impacts that the presence of the shooting club and hunting activity. We believe that it is time the competent authorities started to put these management plans into action, and we hope that the LIFE IP PHYSIS project, which BirdLife Cyprus is part of, will provide the tools for the proper management of this poorly protected site. And as a start, the Cyprus government should fulfil its promise to the European Commission, when the latter condemned the former for its failure to protect Paralimni Lake in 2012, to relocate the shooting club to a more appropriate location.