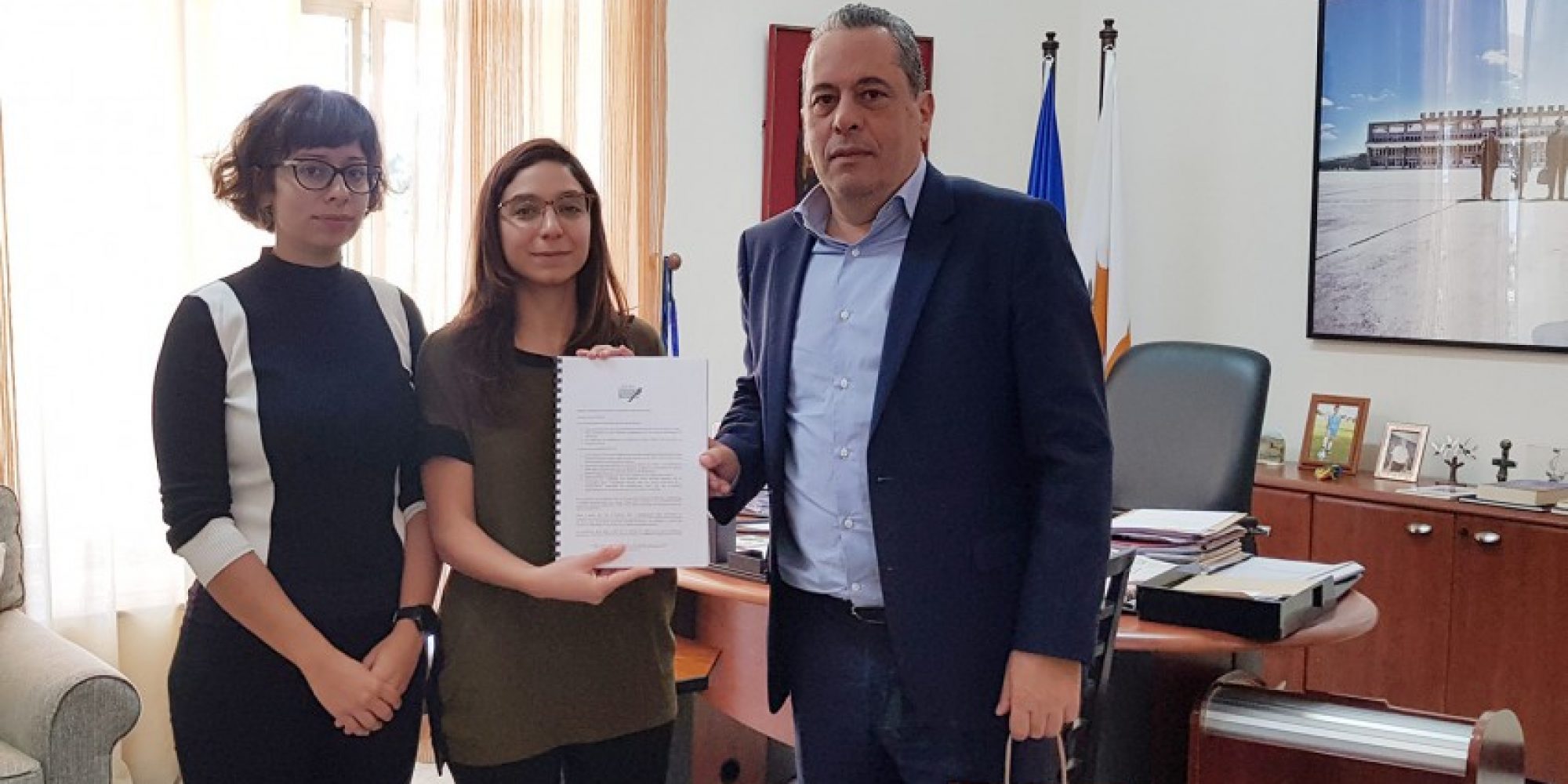 The ‘voice’ of almost 2500 citizens saying no to the new Pafos-Polis Chrysochous motorway was handed this morning to the Deputy Minister to the President, Mr. Vasilis Palmas, at the Presidential Palace. In September, BirdLife Cyprus launched an ένα διαδικτυακό αίτημα (petition) in an effort to defend Ezousa Valley, a protected Natura 2000 site threatened by the construction of this new motorway. The motorway also threatens iconic bird species such as the Bonelli’s Eagle, the Long-Legged Buzzard, the Peregrine Falcon and the Roller.

Overriding the findings of the environmental impact assessment study, the Council of Ministers declared the motorway a “Public Interest” project, and a state tender has been opened for its construction, with a deadline of 22 November 2019.

BirdLife Cyprus believes that the Ministerial Decision on the Pafos-Polis Chrysochous motorway amounts to a deeply flawed excuse for putting an economically, socially and ecologically damaging “development” above any real public good.

The ecological impact of the new motorway

This 31-kilometer-long motorway, which will require at least five bridges and two tunnels, will cut through an untouched landscape of high ecological value, including the protected site of Ezousa Valley. Iconic bird species such as the Bonelli’s Eagle Aquila fasciata, the Long-legged Buzzard Buteo rufinus, the Peregrine Falcon Falco peregrinus, the European Roller Coracias garrulus, as well as the endemic species of Cyprus Wheatear Oenanthe cypriaca and Cyprus Warbler Sylvia melanothorax will suffer a major blow, mainly due to disturbance and loss of a significant habitat.

The problem with the procedure that was followed

Through the petition, BirdLife Cyprus is asking from the President of the Republic of Cyprus to hear the demands of almost 2500 citizens for the sake of nature, the economy and the local communities.