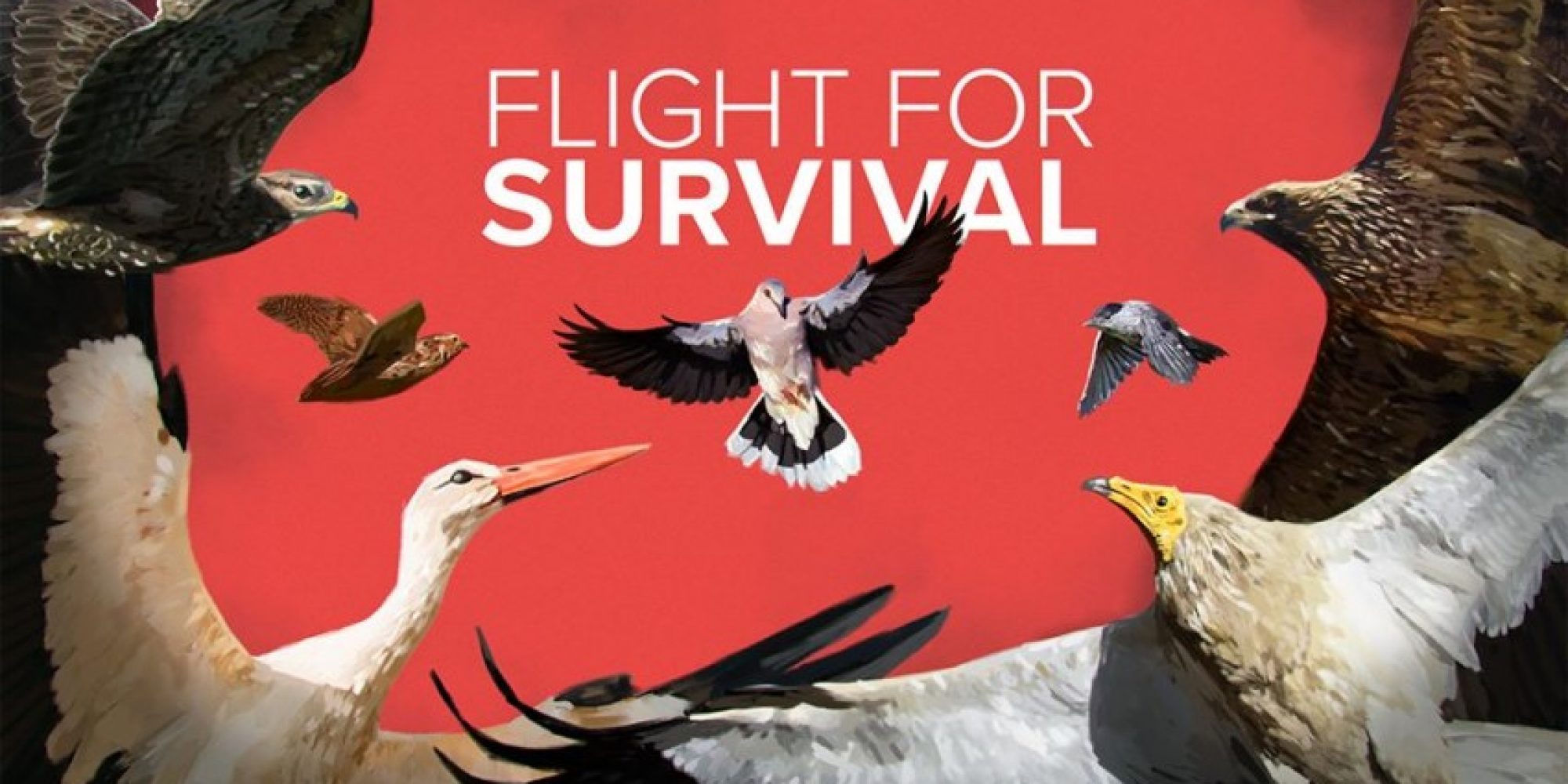 This spring, BirdLife is telling the spectacular migratory stories of seven iconic birds – exposing the illegal threats they face along the African-Eurasian flyway. Are you ready to embark on nature’s most incredible journey? Join us as we follow our magnificent seven on their epic ‘Flight for Survival’.

From the smallest songbirds to the most powerful birds of prey, migration is a flight for survival. Each spring, millions of migratory birds brave rough storms, fierce predators and possible starvation as they fly thousands of kilometres to reach the best sites to breed and raise their young. In autumn, they take to the skies once again and risk the perilous return trip to their southern wintering grounds. It is nature’s most incredible journey. But there are other dangers along the flyways – and humans are responsible.

Every year, an average of 25 000 000 birds are illegally killed across the Mediterranean, Northern Europe and the Caucasus. Beloved and protected species – weak and vulnerable after crossing continents, barren deserts or the wide-open sea – are indiscriminately shot out of the sky, horrifically trapped in glue or invisible nets, or fatally poisoned. Endangered species, already hit hard by habitat loss and climate change, are being pushed closer and closer to extinction. And all in open defiance of the law.

Scientific studies led by BirdLife exposed this illegal mass slaughter to the world. And now, together with our national partners, we are working to put an end to the killing – by raising critical funds and much-needed international awareness to tackle this tragically overlooked problem.

This spring, our ‘Flight for Survival’ campaign will tell the story of seven magnificent birds on their epic migratory journeys from Africa to Europe: the White stork, Egyptian vulture, Eurasian blackcap, Common quail, Eastern imperial eagle, the Eurasian honey-buzzard and European turtle-dove.

But we urgently need your help! Help us save these iconic species, and other threatened migratory birds, by following and sharing their #FlightForSurvival story this spring on FACEBOOK και INSTAGRAM.

And you can also help us by supporting our conservation work along the African-Eurasian flyway. Birds know no borders; migration routes cross countries and even continents. This global problem, demands a global solution. That is why BirdLife International – the largest nature conservation partnership in the world – is working with our national partners to protect migratory birds at a flyway scale.  Together, we are combating human threats to migratory birds at their wintering, breeding and stopover grounds and taking targeted conservation action to end illegal killing at critical locations in Cyprus, Greece, Italy, Croatia, Bulgaria, Hungary, Lebanon and Egypt.

Visit our campaign page www.flightforsurvival.org today to learn more about the threats facing these magnificent birds and find out how your donation can take our conservation action one step closer to ending their illegal slaughter.