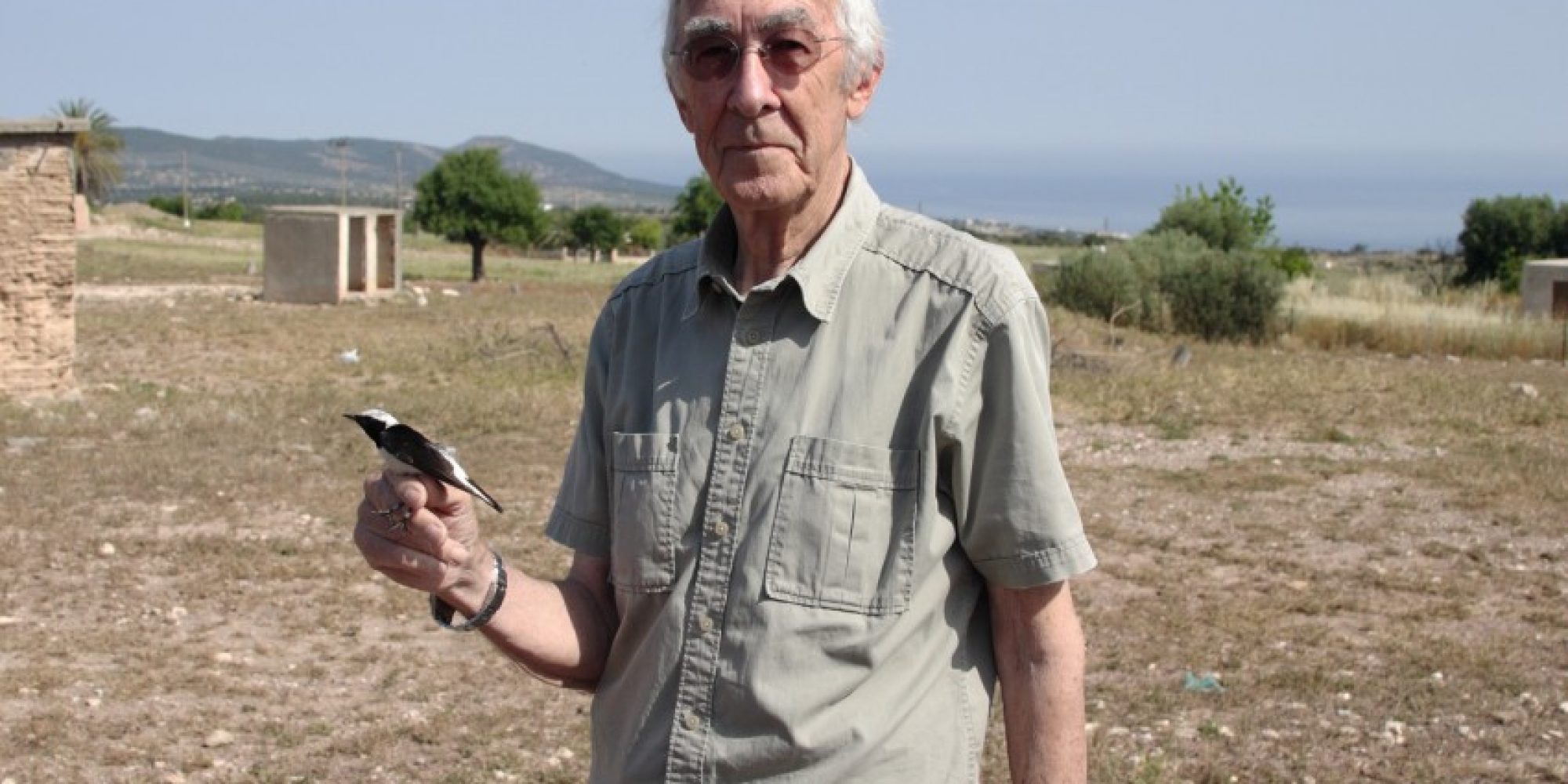 Bird ringers are a unique breed, and being the only two British Trust for Ornithology A-class ringers residing permanently in Cyprus, I immediately had a lot to chat about with Alan. We met in Crete in 1999 shortly before he moved permanently to Cyprus, where again he had come looking for information for good places to go ringing.

Conversations at 5am or 6am, usually in Pafos but also on the east of the island, revolved around moult strategies, wing lengths, ageing and sexing of different small birds, while when putting the nets up he tried to teach me repeatedly the ‘rabbit’s hole knot’ for tying the guy ropes to the poles, but to no avail, I just could not memorise it. While sharing news of the first Paddyfield Warbler caught and ringed was like sharing news of the most exciting event ever. But above all I won’t forget, in May 2015, his excitement when we managed to catch a Cyprus Wheatear with a geolocator attached the previous year. Alan had been tracking the bird but did not manage to catch it, so when a group of three of us including himself, managed, his smile was so wide and triumphant.

His love for the birds was uncompromised. A tall kind man, with a dry and witty sense of humour, always able to make everyone laugh, revealing a very observant, but at the same time very private and discreet man.

Alan died after a short and sudden illness on 10th September 2016, and those of us who knew him well, wish we could have spent more time with him.

He will forever be remembered for his magnificent role as Ringing Officer of BirdLife Cyprus, having managed the ringing scheme in Cyprus and the bird records database for the last 16 years or so that he has been living here. Today the ringing database holds more than 80,000 records. Alan was declared an honorary member of BirdLife Cyprus in July 2015 for his enormous contribution to this work.

He will be sorely missed for his contribution and for being such a good friend. Our deepest condolences go to his wife, Gwen. May he rest in peace.